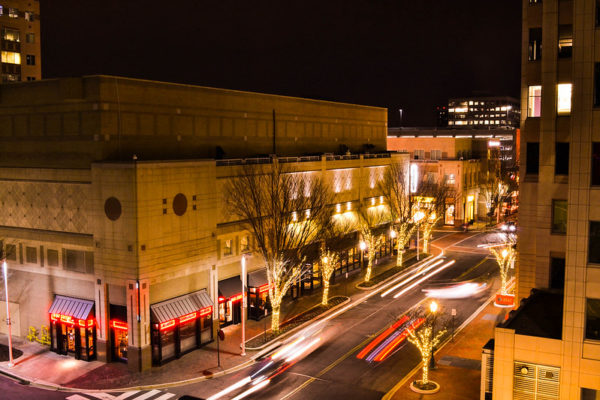 Reston Town Center manager Boston Properties and security contractor MaxSent may have to face trial over a women’s 2018 lawsuit alleging she tripped, fell, and got hurt walking from the parking garage to the shopping center.

Camille Sedar fell down a short flight of stairs, landed face first, and lost consciousness. She was later diagnosed to have a concussion. The suit alleges she tripped due to loose, uneven bricks and “sagging” caulk at the top of the stairs causing the fall.

Sedar says she doesn’t remember the fall. Though witnesses didn’t actually see her fall, they saw her on the ground, hurt, and called for help, according to court documents.

Sedar won the appeal in the U.S. Court of Appeals for the Fourth Circuit earlier this week, as first reported by Bloomberg Law.

The appeal centered on if there was enough “material” facts and evidence that lack of upkeep and maintenance could have caused the loose bricks and her fall.

The defense argued that it wasn’t on their clients to fix small “sidewalk irregularities,” which are visible to all and known to be avoided. Plus, it was “mere speculation” that these irregularities caused her fall in the first place.

However, a loose brick may not be immediately obvious and visible, argued the plaintiff, and therefore created a hazard.

Sedar also offered evidence that the shopping owners and property manager had knowledge of the hazard.

The court agreed there was enough evidence that the loose brick and sagging caulk could have created a tripping hazard and, therefore, the case could go to trial.

“We make no comment on which parties’ evidence is more persuasive. We only ask whether Sedar has provided ‘evidence beyond speculation’ that provides a sufficient basis for a reasonable inference of causation,” reads the court’s opinion. “We conclude that she has.”

Reston Now has reached out to each side’s attorneys but have yet to hear back as of publication.