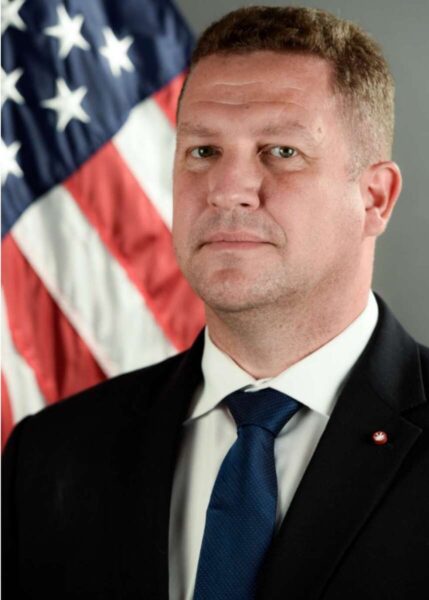 Matt Lang, a veteran and security consultant who lives in Reston, is the first Republican candidate to challenge Del. Ken Plum (D-36) for his seat in the state House in a decade.

Lang, 45, will face the Democratic primary election winner in the general election. The Democratic primary is a faceoff of Mary Barthelson, 27, against incumbent Del. Ken Plum. Plum has been in this office since 1982 and also held the seat from 1978-80. The last Republican challenger for HD 36 was Hugh Cannon in 2011.

“I think a lot of people believe that Northern Virginia is one of those places where it’s going to be a Democratic or blue area the rest of eternity,” Lang said. “I don’t feel that’s 100 percent true. I feel there’s a lot of people out here with conservative values and Republican-minded thinking that just aren’t being listened to. I believe that’s a shame. I want to reach out to them, but I also want to reach out to everybody as well.”

Lang has lived in Reston for the last four years and has resided in Fairfax County since 1998 after being honorably discharged from the Marine Corps. The husband and father of three retired from the Navy Reserve at the beginning of this year after 22 total years of military service.

His military service and experience with law enforcement drives one of the primary issues he vows to take on if elected.

Lang acknowledges the “evolving field and practice” of law enforcement and the reality it will always change. However, he believes there are alternatives to calls to reallocate funds or defund police.

“I would like to see a more professionalization of the police. More training. More opportunities for them. Better recruitment,” Lang said. “We need to make the field something people want to work in and are compensated for doing such. Just like any other job, if you want quality, you pay.”

Among the issues Lang is bringing to the forefront is providing greater support to military veterans. Specifically, he cites his personal experience of getting out of active duty at 22 and being confronted with a lack of resources available to individuals like him.

“Not every veteran who goes into the military comes out with a marketable skill upon discharge. Some do, some don’t,” Lang said.

“I’d like to find some better programs, develop some policies and programs to get these guys transitioning out of the military better marketable skills, apprenticeship programs, recruitment into different businesses, especially within the state.”

A third issue Lang hopes to address is providing greater educational opportunities and advocating for additional benefits and pay for teachers and support staff.

He feels that parents don’t have enough say in their children’s education and is proposing an alternative option of providing a school choice or voucher system.

“I’d like to be able see us have a little more say in how our kids are educated,” Lang said. “I’d like to see a little more school-choice, voucher system put into play. Almost every other state in the country does such. Virginia is one the last ones lagging behind, and I think it’s time for us to catch up.”

He hopes to “find common ground” and opportunities to reach across the aisle to find solutions.

If elected, Lang said the first thing he will do is reach out across the aisle to try and come to a general consensus to pull people together.

“First thing I’m going to do is bring a little of the civility back,” Lang said. “I’ve seen too many delegates get down to Richmond and the first thing they do is come right out of the gate like a raging bull, changing things overnight. Just like a pendulum, you swing it too far to the left or right, it’s going to swing back the other way, it’s going to knock a lot of things out of the way.”