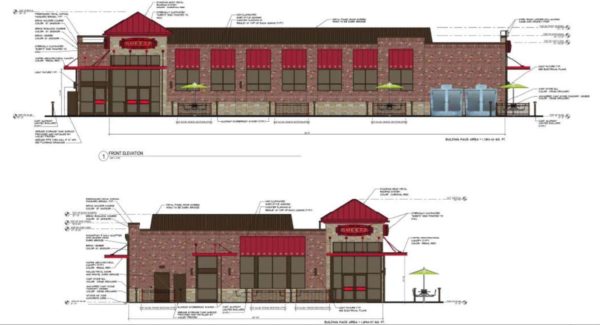 The Fairfax County Board of Supervisors has approved the plan to bring a Sheetz to Herndon, the first of its kind in the county.

But the approval at Tuesday’s (March 23) County Board meeting comes even though there were stated misgivings about the company’s refusal to go through the LEED-certification process.

Despite the county requesting that Sheetz commit to LEED-certification or an equivalent program, the company declined.

The reason, as a company spokesperson stated during the meeting, was that verification was a “very time consuming and burdensome process.” The company did promise to adhere to other green building commitments.

This reasoning didn’t sit well with a number of supervisors, noting that it set a bad precedent for others looking to get approval to build in the county.

The county, as well as neighboring jurisdictions, have prioritized LEED-certification as a means of meeting long-term goals of cutting carbon emissions.

Supervisor James Walkinshaw also noted that building another gas station in Fairfax County “perpetuates our addiction to fossil fuels” and will be a decision we regret with “what all the world knows about the climate crisis.”

However, a majority of the County Board still approved the building of a Sheetz food store, gas station, and restaurant with a drive-through.

The company representative at the meeting noted this will be the first Sheetz location in Fairfax County.

With the approval, Reston Now has reached out to Sheetz about a timeline for construction and an estimated opening date. We have yet to hear back as of publication.

The Sheetz will occupy a roughly 2.7-acre parcel of land that will soon be vacant after the demolition of a two-story office building and surface parking lot. That building was constructed in 1977.

The Sheetz will operate 24 hours a day, seven days a week. There will be 49 car parking spots, five of which will be reserved as electric vehicle charging stations.

The building is set to be constructed with materials including brick veneer facade with cast stone masonry.

County staff asked for high quality landscaping” so the development is “attractive” in its “highly visible site” along McLearen Road.