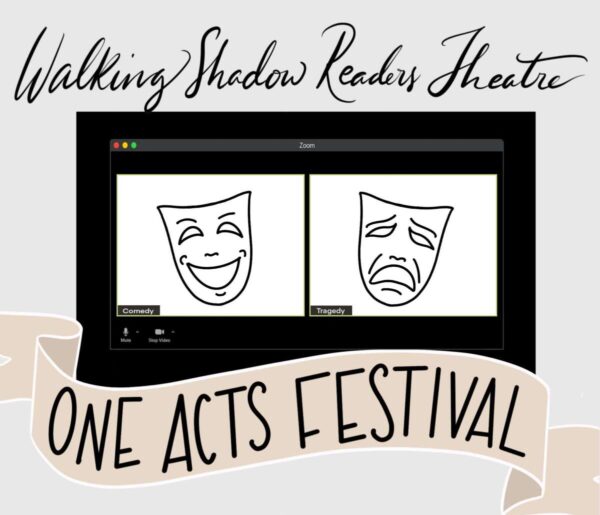 The COVID-19 pandemic has been a lonely time for much of the theater world, as stage productions remain shuttered or confined to audience-free, virtual performances, but for one group of South Lakes High School alumni, the past year unexpectedly rekindled their bond.

A virtual theater company dedicated to giving new and up-and-coming playwrights a platform to have their work read and critiqued, the Walking Shadow Readers Theatre emerged in June 2020 out of what was originally just a casual online reunion of former South Lakes drama students who had scattered across the country in the decade-plus since they graduated.

Now, the company is organizing its first one-act play festival to celebrate its first season and raise enough money to have a second one.

“Our main goal with the fundraiser is to earn enough to start compensating artists, as we are currently an all volunteer [organization],” Walking Shadow board president and casting director Amy Benson said. “We have been providing actors and writers with the gift of a creative space during the pandemic, but want to be able to compensate them for their work.”

Scheduled to begin at 8 p.m. on May 28, the One Acts Festival will feature eight short plays by the playwrights who participated in Walking Shadow’s inaugural season, along with interviews with the writers and excerpts from past readings.

The program will be about two-and-a-half hours in length and will be available to stream on YouTube until June 11. General admission tickets are now on sale for $10, but the company encourages people to consider one of the higher-priced options, since all of the proceeds will go toward paying artists and staff and keeping the theater operational.

According to a press release, the company plans to soon become an official nonprofit.

Benson says that Walking Shadow’s origins help distinguish it from other theater organizations since its members include both theater professionals and people who ultimately pursued other career paths.

Benson, for example, teaches at Imagination Stage in Bethesda, but her fellow company members include a media director who works as a security consultant by day, a virtual marketing assistant and stay-at-home mother, and a licensed mental health therapist.

“We have realized this is one of our strengths as a group because we bring diverse experience and knowledge into our playwright feedback sessions,” Benson said.

Because its members live around the country, Walking Shadow will continue to focus on virtual readings and performances even after the pandemic fades into memory, but some in-person performances could be possible in the future, according to the company’s website.

Benson says it has been rewarding to watch Walking Shadow evolve over the past year into a venture that is “creatively fulfilling for us and the other artists who are involved.”

“Theatre is one of the great ways of connecting with other people,” she said. “This has given us and the artists we work with the opportunity to not only reconnect with one another and connect to performers and playwrights across the country, but as a way of staying vital and creative in a time when life has been stagnant.”