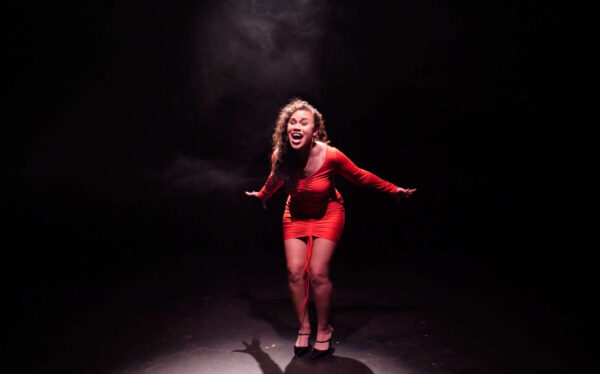 NextStop Theatre Company is coming back to the stage with its first full-scale production since the COVID-19 pandemic forced it to halt public performances last spring.

The Herndon-based professional, nonprofit theater company announced this morning (Tuesday) that it will debut a filmed, online production of the musical romantic comedy “First Date” on April 30.

It will be the theater’s first show since the final weekend of “Ordinary Days” was canceled on March 12, 2020, according to a press release.

“I don’t know that I have ever been so excited to open a show,” NextStop Producing Artistic Director Evan Hoffmann said. “Putting this show together has been a true labor of love! We have been so eager to get back to creating high quality performances for our community and the cast and crew of “First Date” have brought together a mixture of talent, creativity, and passion, like I have rarely seen before.”

While the NextStop Theatre stage has been empty for more than a year now, the company has kept busy with some alternative offerings, including a small, in-person summer education program for theater students and an outdoor concert series.

Staged across September and October, “The Parking Lot Concerts” performances were entirely sold out, according to NextStop.

The company has also made the theater at 269 Sunset Park Drive available to the public to rent for private movie screenings. The NextStop Cinema program is still ongoing, as is the theater’s NextStop Now fundraising initiative.

“First Date” marks the company’s return to theater, but it will not be entirely traditional.

First staged on Broadway with Zachary Levi and Krysta Rodriguez in the lead roles, “First Date” follows two young, single people whose friends and family set them up on a blind date despite their wildly different personalities. Hijinks and romantic sparks ensue.

With Hoffman directing and actors Alex De Bard and Taylor Witt stepping into the lead roles, NextStop has turned “First Date” into a blend of theater and cinema, filming scenes both on stage and on location around downtown Herndon.

“This is truly a film-theatre hybrid,” Hoffman said. “Our team worked diligently to find innovative ways to make this a uniquely theatrical experience. We were able to utilize some of the best tricks that film has to offer, while making sure our audiences feel like they are practically back in theater with the performers.”

The show will stream at 8 p.m. on Friday and Saturday evenings and at 7 p.m. on Sundays through May 16. Tickets cost $25 and provide one stream per household.

More information about the production, including a full list of the cast and creative team and a link to purchase tickets, can be found on the NextStop Theatre website.