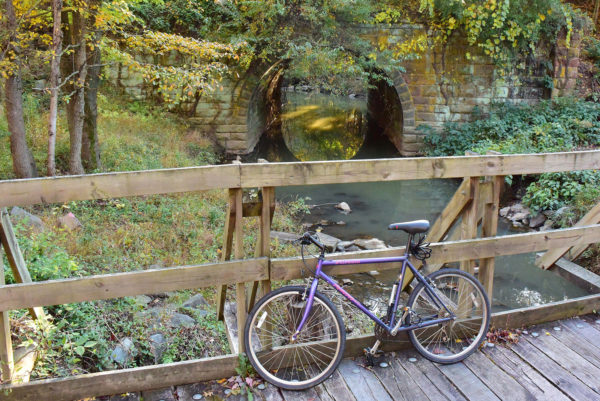 Fairfax County is set to provide the Town of Herndon with $1.2 million over the next two years for the completion of the long-running Sugarland Run (South) Stream Restoration Project.

At its work session tonight (Tuesday), the council is looking to approve an amended funding agreement with the county that will provide the town with additional money for the project.

The original funding agreement dates back to September 2018.

Under the new agreement, the county will provide $201,800 in fiscal year 2021 to complete the design phase of the stream restoration. Then, upon the completion of design, another $1 million would be given to the town in fiscal year 2022 for construction.

In total, the project is expected to end up costing about $1.4 million — about $200,000 more than initially estimated, according to the Town of Herndon staff report.

The project was first approved almost three years ago, back in August 2018.

Conditions along Sugarland Run Stream’s southern banks and the valley located just north of Wiehle Avenue have been deteriorating for a number of years.

The restoration will stabilize erosion along stream banks which will help prevent flooding. It will also improve stormwater systems and ensure the stream does not exceed its Chesapeake Bay Total Maximum Daily Load of nutrients, which is part of a regional mandate.

The project is also set to restore a portion of the stream that flows near the Washington & Old Dominion Trail crossing.

With the town council’s approval tonight, the project could finally move from the design phase to construction after nearly three years.

Construction could be completed within six months of the awarded contractor being given the go-ahead, according to town official comments in January, meaning that, nearly four years after first approvals, the Sugarland Run (South) Stream Restoration Project could be finished in early 2022.

Reston Now has reached out to the Town of Herndon for an updated timeline, but has yet to hear back as of publication.

The restoration project is part of Fairfax County’s full Sugarland Run Watershed Management Plan, which was first adopted in 2010.