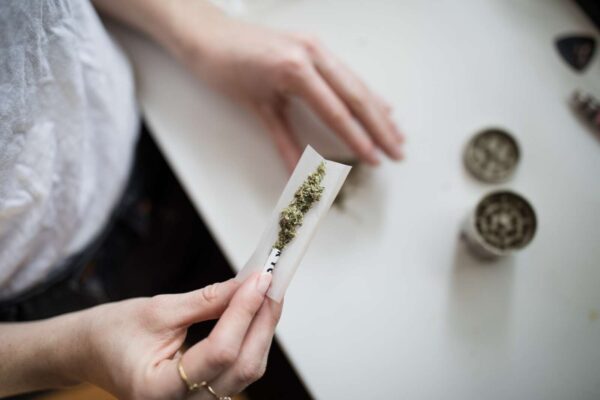 (Updated at 4 p.m.) Starting July 1, adults 21 and older in Virginia can legally possess up to one ounce of marijuana.

Ahead of that date, local police departments say they are preparing their officers, while advocates say the bill needs serious retooling to keep kids out of the juvenile justice system and help reverse the harm done to Black and brown communities after decades of unequal enforcement.

“We still have time to fix many of these things,” Chelsea Higgs Wise, executive director of the racial justice and cannabis advocacy group Marijuana Justice, said. “Between now and then, we have elections. We have to talk to people about how they’re going to take this legalization forward while centering equity. This is not over.”

The Virginia General Assembly passed a law earlier this month accelerating the legalization of weed from July 2024 to this coming summer. The law will be reenacted in 2024, when recreational, commercial sales are legalized.

Through June 30, the possession of less than one ounce of cannabis will remain “decriminalized” — that is, it is penalized with a fine, but the incident does not show up on a person’s criminal record.

The new law legalizing cannibis essentially permits those 21 and older to use marijuana inside their homes, and possibly in their backyards; grow up to four plants; and possess up to one ounce of cannabis. The plant must be in a manufacturer’s container for someone to drive with it in the car legally.

Giving cannabis to someone underage is considered a felony, while students younger than 21 who are found in possession of the plant on school grounds would be charged with a misdemeanor. A clause requires court-ordered drug treatment services for individuals 20 and under found with the plant.

People in jail for marijuana-related crimes will remain there, Virginia Mercury reports.

Here are the top areas of interest and concern for police officers, people in the criminal justice system and advocates.

Although marijuana-related arrests have been trending down recently, Falls Church City Police Chief Mary Gavin says that one potential consequence of marijuana legalization is more people driving while stoned.

“There are going to be obviously growing pains,” Gavin said. “My biggest concern, in terms of public safety, is the possible increase of driving under the influence.”

According to data provided to Tysons Reporter by the police departments, cannabis arrests appear to be trending down slightly in both Fairfax County and Falls Church City. A chart supplied by Fairfax County Police Department shows arrest rates peaking in 2018 before dropping off dramatically in 2020.

The Falls Church City Police Department reported a similar pattern. It made 61 and 63 arrests in 2018 and 2019, respectively, followed by 17 arrests in 2020 and none so far this year.

Gavin attributed the recent drop-off in arrests to a combination of the COVID-19 pandemic and a policy change introduced by Fairfax County Commonwealth’s Attorney Steve Descano, who ceased prosecuting simple marijuana possession cases against adults when he took office on Jan. 2, 2020.

Descano told Tysons Reporter, Reston Now’s affiliate site, that he stopped prosecuting marijuana cases because it would be the right approach for community safety and racial equity. His office estimates that more than 1,000 cases have since been dismissed.

“While the opposition to this decision was intense at the time — so much so that we planned to create a bail fund in case our attorneys were held in contempt of court and jailed — I am pleased that other jurisdictions followed suit and marijuana has now been legalized across the Commonwealth,” Descano said.

Historically, the majority of Falls Church’s cannabis cases arise from traffic stops, Gavin says. She called legalization “a new frontier” for police, who will need more robust training on how to notice the signs that someone is under the influence of marijuana.

Given the definition of an open container under Virginia’s new law, a traffic stop could result in a misdemeanor for driving under the influence through “permissive inference,” says Byran Kennedy, a public defender with Justice Forward VA, a criminal justice reform group.

If a police officer pulls someone over, determines the person exhibits signs of consumption — slurred speech or bloodshot eyes — and finds weed anywhere in the car other than in the sealed manufacturer’s container, a judge could assume the driver was under the influence. The only indicator police cannot use is the smell of weed.

“An open container is anything that is not sealed packaging from a commercial cannabis dealer,” he said. “We’re not going to have those until 2024.”

Although Virginia decriminalized the plant last year and will legalize some activities this year, Hise of Marijuana Justice says the General Assembly’s piecemeal approach to cannabis has not undone the damage wrought by the racist application of anti-marijuana laws.

In fact, after decriminalization, people of color were still more likely to be slapped with civil offenses than their white counterparts, she says.

“We found that Fairfax County was penalizing Black people 5.28 times more than white people,” she said.

According to Kennedy, Fairfax County General District Court saw 3,400 marijuana cases in 2019, 44% of them against Black defendants.

The court logged 250 marijuana civil infractions between July 1, 2020 — the first day that possession was decriminalized in Virginia — and Jan. 11, 2021. Of those accused, 41% were Black.

“Because of racial disparity that continued after decriminalization, there’s a worry that there will still be disparate enforcement after legalization,” he said, adding that the rates in Fairfax County mirrored statewide trends.

Disparities could also persist among youth, given the continued criminalization of marijuana possession on school grounds.

Valerie Slater, a lawyer who leads the RISE for Youth Coalition, which works to dismantle the youth prison model, says the law continues to give the justice system the opportunity “to hem up kids.”

Slater says she once represented a student who was at school when another young man walked up and put a bag of marijuana in his hand right before a school search took place. Alarmed, the first child disposed of it in the parking lot, but a teacher saw him do so. He faced expulsion and charges in juvenile court.

Ultimately, the charges were dropped, but Slater says it was an example of how these laws wreak havoc on young peoples’ lives.

“We are creating a new class of crimes specifically just for having or using marijuana on school property,” she said. “We should not be doing moving toward equity and a new and legal market by criminalizing kids.”

Justice Forward’s Kennedy predicts that mandating court-ordered drug treatment services will have the unintended consequence of pushing kids further into the justice system. Studies have shown that low-risk kids who are exposed to high-risk kids in the juvenile justice system are more likely to get in trouble again.

He says it would also waste the time of substance abuse counselors and probation officers, since not every child or 18 to 20-year-old needs drug treatment — just like not every 20-year-old drinking alcohol needs alcohol abuse treatment. Some may need therapy, while others may just need a warning or a call to their parents.

“People are worried about kids using marijuana, and I completely understand that,” Kennedy said. “The question is whether you take a public health-mental health approach, or do you use the delinquency side of the juvenile justice system to get services?”

The role of local government

As the legalization date approaches, Wise and Slater both have recommendations for local and county officials when they consider how the law is enforced.

“It is no question that marijuana enforcement — all drug enforcement — has been disproportionately against individuals of color and those who live in communities with other lacks, where education systems and recreation opportunities are not as robust,” Slater said. “There are all of these failings of community for individuals, but what we have done is over-police what we have failed to properly resource.”

Fairfax County Board of Supervisors Chairman Jeffrey McKay said in a statement that he is open to this kind of approach locally.

“As the bills on marijuana legalization made their way through the General Assembly, the Board pushed hard for local government land use and taxing authority on the sale of marijuana,” he said. “While I am certainly open to [targeting] funds in a way that lifts up the communities that were harmed by marijuana’s prohibition, this is in the very early stages and the Board hasn’t yet discussed the finer details.”

Photo via Thought Catalog on Unsplash