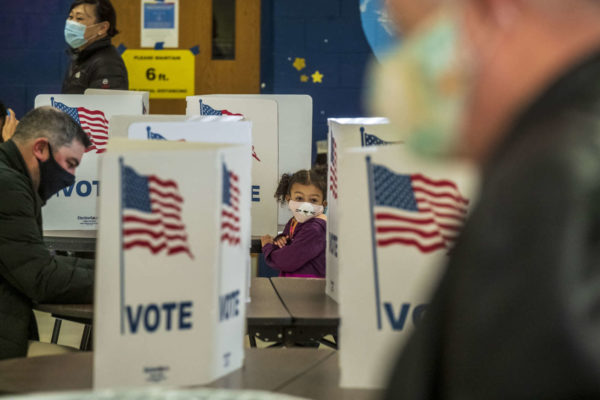 The nonpartisan community action group #RestonStrong is hosting a forum for the candidates running to succeed current Lt. Gov. Justin Fairfax, who is vying to become governor, at Lake Anne Washington Plaza on Saturday (May 22) at 11 a.m.

#RestonStrong founder Sarah Selvaraj D’Souza says the group wanted to host the forum to help Reston residents learn how the lieutenant governor candidates address the issues they care about.

“The event is to educate and encourage citizen participation in the upcoming state election on matters impacting Restonians,” she told Reston Now.

All lieutenant governor candidates were invited, and D’Souza says more may accept the invitation by Saturday.

The other contenders are Norfolk City Councilmember Andria McClellan (D), Arlington businessman Xavier Warren (D), independent Bobby Junes, and former state delegate and Marine veteran Winsome Sears, who clinched the Republican Party’s nomination for the position on May 11 after a convention.

The event will be held at Kalypso’s Sports Tavern with overflow seating at Café Montmartre. D’Souza says #RestonStrong chose those two local, minority-owned businesses as the venues to support them as they try to rebuild after the COVID-19 pandemic.

For those unable to attend in person, the forum will stream live on #RestonStrong’s website, Facebook, and Instagram, along with the Lake Anne Washington Plaza Facebook. The event will proceed rain or shine. To make reservations at Kalypso’s Sports Tavern, email [email protected] or call 703-707-0660.