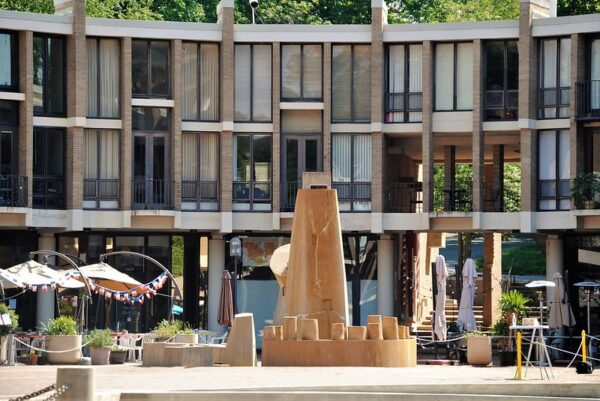 Editor’s note: Reston Now will be taking Memorial Day weekend off starting tomorrow (Friday). Except in the case of breaking news, publishing will resume on Tuesday (June 1).

More Early Voting Sites to Open Saturday — Fairfax County will add 13 more early voting sites for the June 8 Democratic primary on Saturday (May 29), bringing the total number of locations up to 16. In the Reston/Herndon area, the Herndon Fortnightly and Great Falls libraries will join the North County Governmental Center, which has hosted early voting since April 24. [Fairfax County Government]

Couple Killed in Springfield Shooting — “A husband and wife are dead following a shooting in a residential area of Springfield, Virginia, on Wednesday morning, according to police. Police Chief Kevin Davis said authorities believe the ‘shooter or shooters’ are ‘known to a relative of our two victims.'” [WTOP]

Fairfax County Considers Renaming Two Highways — “A list of possible new names for Lee Highway (Route 29) and Lee-Jackson Memorial Highway (Route 50) could be ready as soon as this December. On July 13, the Fairfax County Board of Supervisors could approve about 25 members for a task force to examine the possibility of renaming the highways and appoint the group’s chair.” [Tysons Reporter]

Herndon Businesses Burglarized — The Herndon Police Department is investigating multiple commercial burglaries where individuals smashed businesses’ front doors and windows with rocks and stole cash and cash registers. The first incident occurred overnight between May 17 and May 18 in the 600 block of Carlisle Drive, and the second happened shortly after 1 a.m. on May 18 in the 300 block of Elden Street. [HPD]

Herndon to Hold Memorial Day Observance — The Town of Herndon will observe Memorial Day on Monday (May 31) at Chestnut Grove Cemetery on Dranesville Road with an Avenue of Flags that will be erected from dawn until dusk. The holiday takes place on the final Monday of every May as “a day to remember all American lives lost during military service.” [Patch]

More Stories
Thunderstorm takes out power for thousands in Fairfax CountyAfter skipping 2020, the Memorial Day Ride of the Patriots is back and ready to rumble