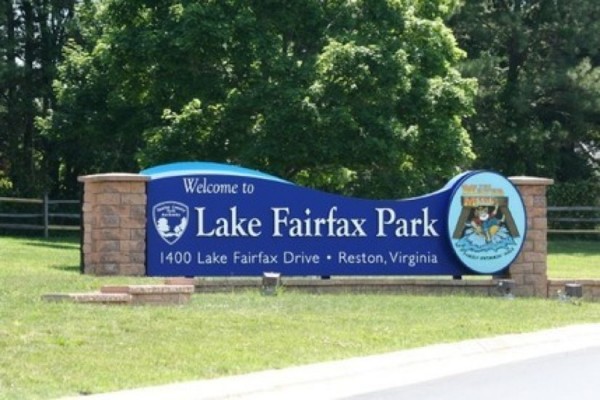 A 30-year-old man pleaded guilty to two misdemeanors yesterday (Thursday) after a woman reported that he spied on her in a Lake Fairfax campgrounds bathhouse and masturbated.

The Herndon man scaled a cement wall to look at the woman on Oct. 27, 2020 from above while she was using a locked private room with a toilet, shower, and changing area, she said in a victim impact statement to Fairfax County General District Court.

During the incident, the man was in an above-ground area with a cement wall and wooden rafters, according to her statement. The wooden rafters are about 12 feet from a concrete floor, part of an open ceiling, noted police, who responded at Lake Fairfax Park around 7 p.m.

The man was vigorously stroking himself, the woman said, and she continued to scream as she exited the bathhouse. He later confirmed to police that he masturbated inside the bathhouse.

“I was afraid during the incident that he might jump down on top of me and sexually assault or rape me,” the woman said.

A police dispatch said the woman exited the bathhouse, and campers surrounded it. When the woman spotted the man exiting, two campers from Reston detained the man, telling him to get on his knees.

When the woman left the restroom, she heard a thump, and the man later told witnesses that he hurt his hand, according to a police report.

An ambulance responded, and the man was taken to a hospital.

The man said in a letter on file with the court that his actions were horrible and “completely unacceptable.”

He apologized and said he has undergone counseling sessions to ensure this kind of incident never happens again.

“My wrist is a constant reminder of my mistake, and the pain and limitations it has resulted in,” he said.

The woman had been using the campgrounds with a tent. After the incident, she bought a used car and decided to leave the area without finalizing plans in an attempt to recover.

The Fairfax County Commonwealth’s Attorney’s Office had recommended a three-month jail sentence but allowed it to be suspended. They also dropped an indecent exposure charge from Aug. 20, 2020.

Fairfax County says it has not altered the bathhouse facility or made any procedural changes, such as giving campsite guests who pay to stay there a key to access the bathhouse.

A county spokesperson labeled the case a “unique incident,” adding that that’s not to diminish its “importance or the impact on those who were affected by this behavior.”