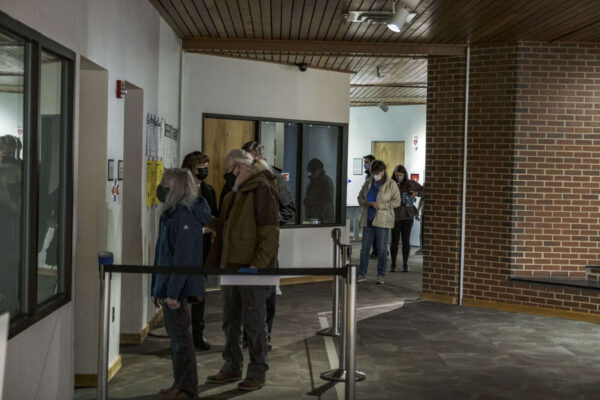 Democrats continued to hold onto their trifecta of power in local races for the Virginia House of Delegates.

With 12 of 17 reporting, Democrat Ken Plum retained a stronghold over challenger Matt Lang, a Republican veteran, retaining nearly 72 percent of the vote for the 36th District. Lang secured a little over a quarter of the total vote.

Plum has served as House Delegate for the 36th District since 1982. He turns 80 the day after the election.

Democratic candidate Irene Shin — who knocked off incumbent Ibraheem Samirah in the June Democratic primary — also had a dominant lead over her Republican opponent, Julie Perry for the 86th district seat.

Perry is a public school history teacher while Shin is the executive director of a nonprofit organization on civic engagement.  The seat covers Herndon, Oak Hill, and Chantilly and some parts of Loudoun County.

Plum handily defeated a primary challenge with more than 77 percent of the vote in June.

After an otherwise uneventful day, the county’s Office of Elections had to rescan 20,000 in-person early voting ballots. Spokesperson Brian Worthy said there was “corrupted electric media” where votes were recorded in the machine used at early voting sites. The issue affected four of 38 machines.

Roughly 66 percent of Fairfax County voters voted for Democrat Terry McAuliffe — cementing its historically blue history. But Republican Glenn Youngkin appears to be inching ahead, with around 55 percent of the vote across the state.

The county’s elections office reported a turnout of 49 percent overall. But that number is expected to rise, as it did not account for three hours of voting.

All 100 House of Delegates seats were on today’s ballots. Currently, Democrats have a majority with 55 members to 45 Republicans.

This story was updated at 10 p.m. Angela Woolsey contributed to this report.