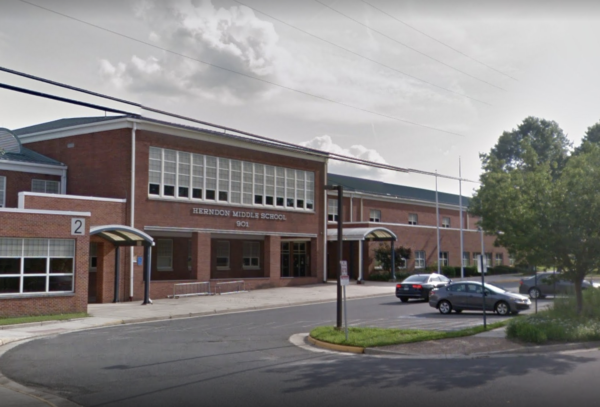 Herndon Middle School was temporarily on a lockdown earlier this afternoon after a report that someone displayed a gun during a fight near the school, according to police.

According to the Herndon Police Department, reports were received that a middle schooler displayed a handgun during a fight between an unspecified number of middle-schoolers.

The incident is reported to have happened off-campus near the 900 block of Alabama Drive, which is located roughly half a mile from the school.

The lockdown was lifted around 4 p.m. today, a staff member told Reston Now.

HPD says officers are continuing to investigate. No other information was immediately released.

INCIDENT ALERT: Herndon Middle School was on lockdown after reports of an OFF CAMPUS altercation (near 900-blk Alabama Dr) between what appeared to be middle school-aged juveniles, one of which displayed a gun. Officers continue to investigate. Details as available. #herndonpd pic.twitter.com/m5XtXG9TB2