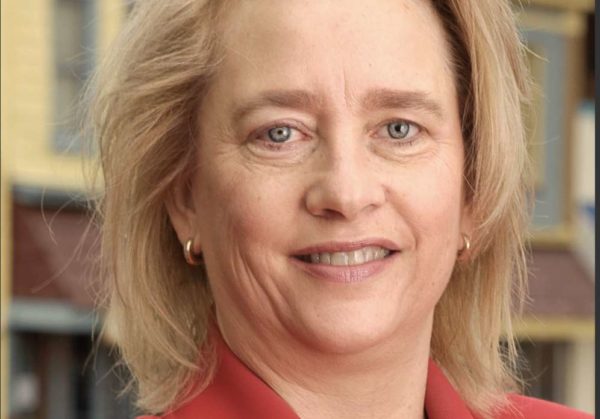 When Herndon mayor-elect Sheila Olem was sworn in last December, the traditional ceremony was much different than usual: It took place as a private affair with attendee limits due to COVID-19.

“We all got individually sworn in,” she said Monday, reflecting on her time in office. “It’s been a year.”

Olem previously listed COVID-19 as her top priority for her term, which lasts for two years. Since starting her new role, the town has scaled back from the staggering of schedules for public works crews, which began in 2020, to mitigate and help control the spread of the virus.

With vaccines now readily available and Olem fully vaccinated with a booster, all Pfizer-BioNTech shots for COVID-19, some pre-pandemic routines are returning. In June, meetings went back to in person. And in August 2020, the Herndon Community Center reopened.

Much has changed, but the pandemic’s effects still linger in this town of nearly 25,000 people. The Town Council is back to meeting in person, but face-mask-required signs still cover government buildings.

About 75% of the town’s costs are personnel, and town leaders, including the mayor, have sought to help keep their morale up, Olem said. The vacancy rate for the town’s 200-plus positions is 10% or higher, she said, noting that she and town Manager Bill Ashton will deliver meals to town departments to thank them for their service, although a holiday celebration with awards will have to be done virtually.

The town is also getting $25.5 million in American Rescue Plan Act money, so staff are reviewing how the funding could help with one-time expenses that they’re allowed to be used for, such as infrastructure costs. Olem noted money could be used for a pool-cleaning system at the Herndon Community Center.

The pandemic’s uncertainty comes as the town is still waiting for the Herndon Metrorail Station to begin serving the yet-to-open Silver Line Phase II extension, which would include service to the Dulles airport.

Olem noted one of her accomplishments has been maintaining trash service in a time when staffing issues with private haulers has led to delays nearby and nationwide.

During Olem’s time as mayor, the town has begun moving forward with a proposal for three developers to pay $500,000 to help study an area for redevelopment. The review, within 1/4 to 1/2 miles of the Metro station, would cover an area mostly north of Herndon Parkway. A committee that will include a representative for each developer has not yet formed, but Olem said the town is in no way bound to the committee’s recommendations.

However, there is still no firm groundbreaking date on the delayed redevelopment of downtown Herndon by Comstock.

Meanwhile, the town considered in August whether rules should be changed to address off-street parking, which isn’t metered. Olem said other areas have done so and noted how commercial trucks can sit in areas in the town.

“We’ve got to bring this back,” she said. “If we don’t have anything on the books, there’s nothing we can do.”

The Town Council considered a proposal to allow $50 fines against drivers who park within 10 feet of driveways to help with safety due to traffic visibility and to help with access for trash pickup, but it decided during an Aug. 10 meeting that it would hold off on the matter. Council members asked for more information on neighborhoods affected and possible consequences.

For the remainder of her term, Olem, who has been on council since 2010, said she’s interested in maintaining Herndon’s sense of place and historical homes where possible.