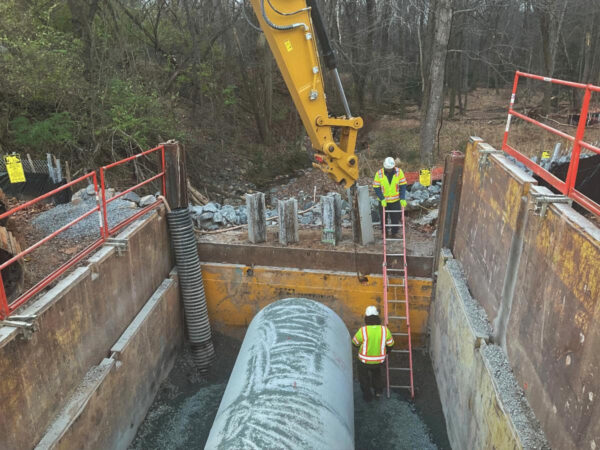 Although the pandemic wreaked havoc on supply chains and labor demands, the state’s massive improvement project along the Route 7 Corridor remains on track.

The $313.9 million project will improve seven miles of Route 7 between Reston Avenue and Jarrett Valley Drive is on schedule. Crews are working to widen the road from four to six lanes and add a shared-use path on both sides.

The project was not significantly impacted by staffing challenges and supply chain issues, a spokesperson for the Virginia Department of Transportation told Reston Now.

Kathleen Leonard, a spokesperson for VDOT, said that the design-to-build project team was able to take advantage of light traffic counts in 2012 to extend land closure hours and maintain progress throughout the pandemic.

But traffic patterns and a race-track environment are likely to remain for a little over two years.

Leonard says the project is 57 percent complete and on track for completion by July 31, 2024.

VDOT provided the following updates on the most recent work on the project: