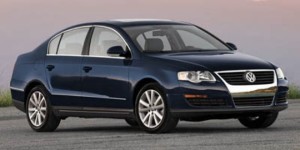 Fairfax County Crime Solvers is offering a reward to anyone who helps them solve a case where suspects are impersonating police.

Crime Solvers said the run of impersonations began in October 2014. In each of the three incidents in Fairfax County, a person driving on a public highway encountered a vehicle behind them that activated emergency lights, similar to what you would see on an unmarked police car.

Officers said they believe there may be additional incidents involving this vehicle and driver and would like to hear from anyone else who believes they may have encountered this vehicle utilizing emergency lights on the public roads.

Anyone with information is asked to contact Crime Solvers. Tipsters may submit a tip electronically by visiting www.fairfaxcrimesolvers.org or text-a-tip by texting “TIP187” plus your message to CRIMES(274637)** or by calling 1-866-411-TIPS(8477).

A $100 to $1,000 cash reward will be paid for information that leads to an arrest and indictment, Crime Solvers said. Callers never have to give their names or appear in court.