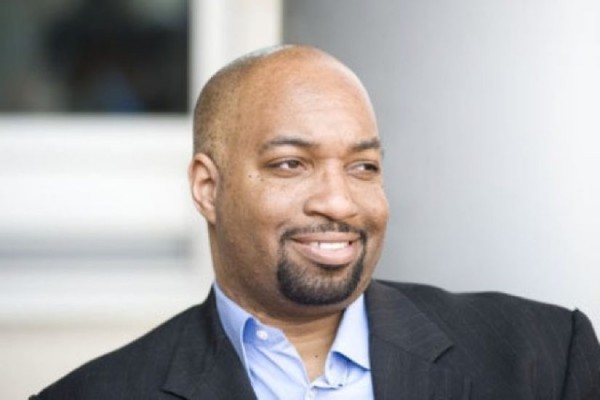 We’re bringing the weekend roundup of events in Reston areas back after retiring the twice-weekly rundown of events and deals by Tim’s Reston.

This weekend, Kwame Alexander, a local New York Times bestselling author, will take part in an author talk and book signing on Saturday from 2-4 p.m. at Reston Regional Library.

The Reston Triathlon also returns to Reston this weekend. Everything you need to know about the event is available online.

If that isn’t your cup of tea, there’s still plenty of other things to do in the area this weekend: 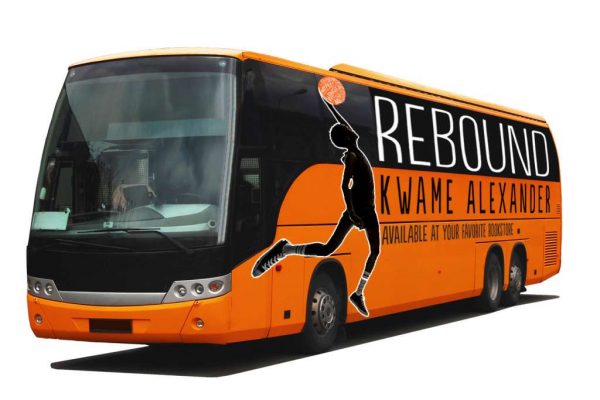 Reston native Kwame Alexander will be returning to the area at Scrawl Books on Thursday (April 5) to meet readers and sign copies of his new novel “Rebound.”

Alexander has won a Newbery Medal for his book “The Crossover.” His most recent book “Rebound” is a prequel to the award-winning novel and shows a glimpse of the childhood of Chuck Bell and how he became a huge fan of jazz and a basketball star.

“We try to forge connections between the people in our community and the authors, books and artists who inspire them,” said Scrawl Books’ owner and founder, Rachel Wood in a press release. “We believe that reading can change the way people understand and relate to the world around them. We are grateful for the support of authors such as Kwame, and love to see the way the community responds when they visit Scrawl Books.”

Alexander’s fans and readers are encouraged to meet on Fountain Drive near the Pavilion at Reston Town Center at 3:45 p.m. to secure a spot in line and say hello to Alexander when the Rebound tour bus pulls in at 4 p.m.

The first 15 people to pre-order Alexander’s book through the store’s website will receive a free t-shirt and a priority spot in the autograph line. 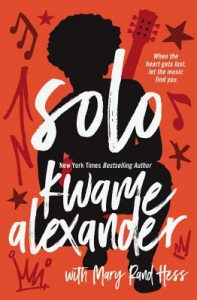 The book, written in poetic verse, is about a 17-year-old boy named Blade Morrison. Blade tries to deal with his addict father and finds solace in his forbidden girlfriend. When he discovers a family secret, he sets out on a trip around the world.

Scrawl Books and the Newbery Medal-winning Alexander have partnered together throughout the years for school visits, book signings and other events, said Scrawl owner Rachel Wood.

“Kwame has been very supportive of us since we’ve opened,” Wood said. “It’s a really cool cooperative relationship, where we can promote new authors, and authors can find community.”

Next week’s event is open to kids 12 and up, though Alexander says younger children who are mature are welcomed.

Singer/songwriter Randy Preston will be also be part of the event, which is scheduled for 6 p.m. Wednesday, Aug. 2. 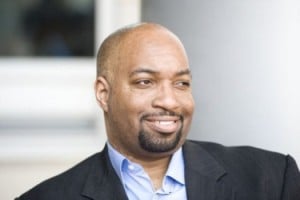 Booked is a followup to the teen novel The Crossover, which earned Alexander the prestigious Newbery Award in 2015. The Crossover is a basketball story written in hip-hop style free verse.

Booked is written in the same way, but this book takes on soccer. 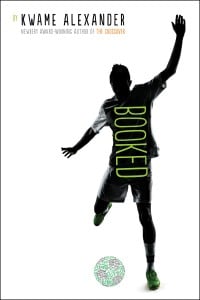 Nick Hall lives and breathes soccer. But when he’s sidelined by an injury, his word-loving father takes the opportunity to try to instill a love of reading into his reluctant son. Nick’s mother leaves for a job out of state, he and his best friend hit the skids, he’s dealing with a bully, and on top of all of that, he has to navigate the highs and lows of a first crush.

With an impressive array of poetry styles — free verse, acrostics, haiku — and the pacing of a soccer match–at times leisurely and thoughtful, at others frenetic and heart-stopping — Booked is both poetry for Lionel Messi fanatics and a sports novel for those more likely to memorize a sonnet than kick a soccer ball.

Kwame Alexander once again uses his signature blend of fast-paced verse, combined with sports lingo and rhythmic raps, to create an accessible mix of drama and poetry.

Alexander says he is a former reluctant reader as well, and he hopes his books will show young readers, in particular African-American boys, that books can be as exciting and fun as sports or video games.

He also says he never really played soccer — but the themes are universal.

“I used to play a lot of basketball,” he said in an interview. “I was average. Tennis was my sport. I was one of the top players in the state of Virginia when I was in high school. Now, I just do Zumba, which I know you’re probably thinking, ‘that’s not a sport,’ which is exactly what I thought until I took my wife’s Thursday night Zumba class and I felt like I’d run 10 miles and did 100 squats. But, it was fun too. Also, I play a mean game of ping pong.”

Alexander also says that the biggest change in his life since winning the Newbery Award is the ability to bring more poetry to the people.

“Seriously, the biggest change in my life is I get to travel to a lot more schools and libraries and conferences to share my love of poetry and reading with young people and teachers and librarians,” he said. “That’s a pretty awesome responsibility and a lot of fun (and frequent flyer miles).”

Alexander will make several book signing appearances in the DC area in upcoming days. See the schedule on Kwamealexander.com. He will also do private events at Lake Anne and Terraset Elementary Schools in Reston tomorrow. 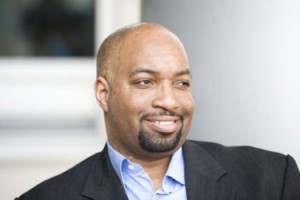 Reston author Kwame Alexander will be one of the headliners at the National Book Festival in D.C. next month.

The Library of Congress’ National Book Festival, in its 15th year, brings together 175 authors with their fans. There are book signings, readings and a family friendly activity expo, among other events.

The event used to be held on the National Mall, but has been moved inside the Walter E. Washington Convention Center on Sept. 5 from 10 a.m. to 10 p.m.

Alexander is an acclaimed poet, novelist and book author. He received the 2015 Newbery Medal for his teen novel The Crossover.

He is the author of 18 books and the founder of two literacy organizations, Book-in-a-Day and LEAP for Ghana.

Book-in-a-Day is a literacy program that has used poetry to inspire more than 3,000 student authors in 72 schools, including many in the Reston area. LEAP for Ghana is an international literacy project that builds libraries, trains teachers and empowers children through literature.

To see the full list of authors and their scheduled National Book Festival appearance times, visit the event website. 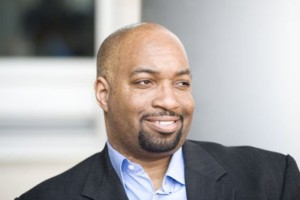 Reston-area author Kwame Alexander was honored with the prestigious 2015 Newbery Award on Monday for his recent book The Crossover.

The Crossover (Houghton Mifflin Harcourt) is a work written in verse and told from the perspective of 12-year-old twin boys who play basketball.

The Newbery is considered the highest award for children’s literature. It is named for 18th-century British bookseller John Newbery. Two other books, Two books, El Deafo by Cece Bell and Brown Girl Dreaming by Jacqueline Woodson, were awarded Newbery Honors.

Alexander has written for television, the stage, and authored 14 books including the best-selling Do The Write Thing: 7 Steps to Publishing Success, And Then You Know: New & Selected Poems, and a young adult title, Crush: Love Poems.

“When I got the call at 7:16 am today, I literally could not move,” Alexander wrote on his Facebook page. “When the man on the other end of the phone said, “I…happy…inform…Newbery…Medal…” I was like, did you just say ‘Medal? Are you sure?’ It was, and is surreal. I am wordbound. Mazy, even. Lost and found. Am I ready? Of course. Am I prepared? No. Who is ever prepared for the big sea? But, I will swim, and laugh, dive and cry, and thank my sister and brother, my father and mother, each of you for your cheers and support.”

Locally, Alexander has served on the Herndon Council for the Arts, and regularly conducts workshops and presentations at area schools. He is well known for his “Book in a Day” program that has helped created young writers at schools nationwide.

Recently, Alexander led a delegation of 20 writers and activists to Ghana, where they delivered books, built a library, and provided literacy professional development to 300 teachers, as a part of LEAP for Ghana, an International literacy program he co-founded.

The Kwame Alexander Papers, a collection of his writings, correspondence, and other professional and personal documents is held at the George Washington University Gelman Library.

In 2015, Kwame will serve as Bank Street College of Education in New York’s first writer-in-residence.