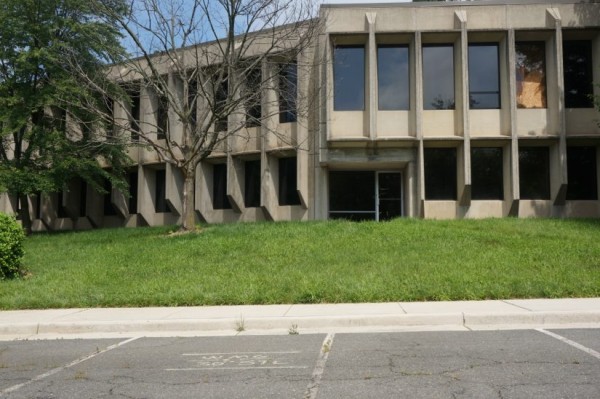 After testimony from state historic and architectural experts, the Fairfax County Planning Commission admits it did not fully investigate the historic significance of the former American Press Institute Building in Reston.

The building, which housed the API from 1974 to 2012, was designed by famous architect Marcel Breuer and is the only Breuer building in Virginia.

Breuer’s also designed UNESCO Headquarters in Paris, the Whitney Museum of American Art in New York City, and buildings at New York University and Vassar College, among others.

Other advocates for rescuing the building have pointed out the historical significance for leaders in media and politics.

The Fairfax County Planning Commission heard the pleas for historic preservation — sort of. They send Sekas Homes‘ proposal for 34 townhomes and 10 condos to the Fairfax County Board of Supervisors on Thursday with a recommendation for denial.

Many Reston residents have suggested that the county try and buy it from its current owner and repurpose the more than 48,000-square-foot building as a new Reston Regional Library. A new library is planned for the Reston Town Center North area, with $10 million of county bond money set aside to build it.

While we wait for the supervisors’ vision of what should happen to the four-acre parcel along Sunrise Valley Drive, let’s hear your ideas.

This is an op-ed by William L. Winter, Executive Director of the American Press Institute from 1987 to 2003. It does not reflect the opinion of Reston Now.

The many voices now calling for action to save Reston’s historic, Marcel Breuer-designed American Press Institute (API) building from demolition are singing in close concert with the city’s founding principles. This unique planned community called Reston was intended to be, and has, since its creation in the 1960s, been true to its founding principles of “Live, Work, Play, and Get Involved.”

As Reston has grown and matured, its leaders and most prominent institutions have worked hand-in-hand with residents to make sure the community is, in all ways possible, a special place. Reston today thus is a careful reflection of the city’s founding principles. Its parks, schools, golf courses, and other public venues exist comfortably and in careful balance with residential and commercial development, and echo founder Robert E. Simon’s call for a community of, by, and for those seeking immersion in the very best life that a true “community” can offer.

There can be no doubting that the historically and architecturally significant API building on Sunrise Valley Drive has contributed greatly to Reston’s feel of distinctiveness. To have within its borders a classic structure created by the famed designer of the Whitney Museum (now the Met Breuer) in New York City, the UNESCO Headquarters in Paris, the headquarters of the U.S. Departments of HUD and HEW in Washington, D.C., and many other noted structures around the globe gives Reston an air of style, class, and grace — a sense that the community truly understands and appreciates the best work of the world’s most talented individuals.