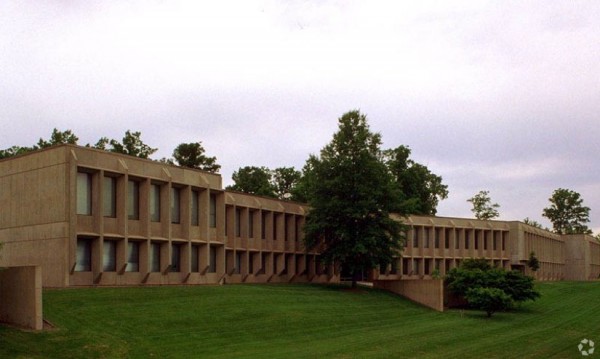 Developer Sekas Homes is seeking a zoning change in order to build townhomes and condos across from Reston National Golf Course.

But the proposed development would be the end of the former headquarters of the American Press Institute, a 42-year-old Brutalist-style office building that has been empty for several years.

If approved by the Fairfax County Board of Supervisors, the plan means tearing down the 48,200-square-foot building designed by noted modernist architect Marcel Breuer.

Seakas wants to rezone 4.6 acres from industrial use to residential in order to build 34 townhouses and 10 condos at Sunrise Valley Drive and Roland Clarke Place.

The residential development would be just east of Reston Heights, JBG’s mixed use development that features hotels, condos and offices.

Unlike many current Reston redevelopment proposals — which are high-rise multifamiliy buildings — this plan is a relatively small one as it is located more than one-half mile from Wiehle-Reston East and the future Reston Town Center Metro station. 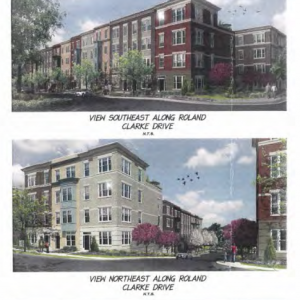 The site contains a 135-foot-wide transcontinental gas pipeline easement as four separate pipelines bisect the property, the report says. An Environmental Quality Corridor (EQC) and wet pond is located on the eastern portion of the site, and that should be sufficient for stormwater runoff.

Sekas has proposed a private street and surface parking on a portion of the gas easement, as well as “active open space, an asphalt trail system and a meadow as amenities in the easement.” To the east of the gas line easement is a tot lot.

Here are some of the other specifics:

Residents would be part of Reston Association

There would be 12 percent affordable housing and four units designated workforce housing.

The developer must submit a tree preservation plan.