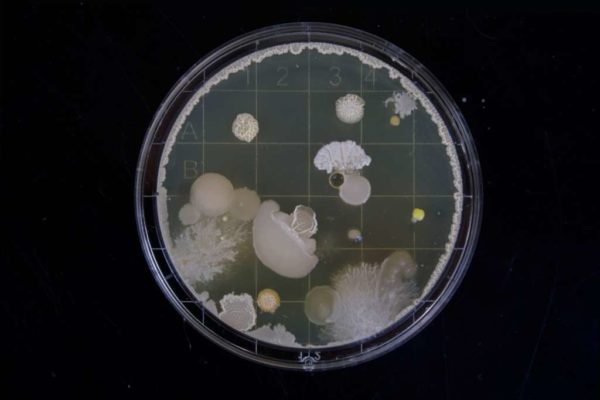 Health officials are warning people in Northern Virginia that they may have been exposed to an individual with measles.

The individual visited several locations in the area, according to the the Virginia Department of Health.

In a release, the department detailed possible exposure locations and times:

State officials offered the following advice if individuals believe they were at the above locations during the specified times:

If you have received two doses of a measles containing vaccine (either the measles, mumps and rubella [MMR] vaccine or a measles only vaccine which is available in other countries) you are protected and do not need to take any action.

If you have received only one dose of a measles containing vaccine, you are very likely to be protected and your risk of being infected with measles from any of these exposures is very low.  However, to achieve complete immunity, contact your health care provider about getting a second vaccine dose.

If you have never received a measles containing vaccine nor had a documented case of measles, you may be at risk of getting measles from this exposure.  Contact your local health department or health care provider for advice on possible intervention to decrease your risk of becoming infected or other precautions you need to take.  If you notice the symptoms of measles, stay home and away from others and immediately call your primary health care provider or health department to discuss further care. Call ahead before going to the office or the emergency room and tell them that you were exposed to measles.

Measles is a highly contagious virus that spreads easily through coughing in sneezing. Its bacteria thrive in the air for two hours.

Over the last decade, the incidence of measles has spiked. In the first five months of this year alone, the Centers for Disease Control and Prevention cited 971 cases — the largest number of cases in the United States since 1994. 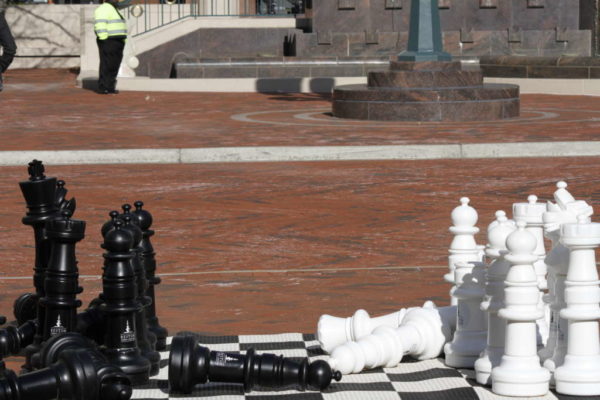 Warm up with a run — Join the Reston Runners tonight at 6:30 p.m. for a 50-minute run/walk starting at Reston Town Center. [Reston Runners]

Reston executive is a winner — Jay Shah, the executive vice president for healthcare and commerce for Octo Consulting Group, was recognized as a 2019 FedHealthIT 100 award winner, marking his second time receiving the award. The FedHealthIT 100 honors individuals recognized for driving change and advancement in the Federal Health Information Technology Market. [Business Wire]

Measles reported in Virginia — As cases of measles increase across the country, the U.S. Centers for Disease Control and Prevention have confirmed that Virginia is one of 26 states hit. [Reston Patch]

The county announced on Tuesday it was investigating a possible case of measles in a Fairfax County resident. Health officials identified  potential exposure sites, and the individual is in self-isolation at home. The test to confirm the  case would take 24 hours to complete, they said.

The county did not say where in the county the resident lives.

More than 100 cases of measles have been diagnosed in 23 states in 2015, says the U.S. Centers for Disease Control. That marks a rapid increase in this country of a disease that was considered eradicated 15 years ago. CDC officials have said pockets of residents who refuse vaccinations are causing the rise.

From the county health department:

People who have received at least one dose of measles, mumps and rubella (MMR) vaccine in the past are at very low risk of being infected with measles. Measles is easily preventable through safe and effective MMR vaccine. The best protection against future measles cases is the on-time vaccination of all susceptible people.

Measles is a highly contagious illness that is spread through coughing, sneezing and contact with secretions from the nose, mouth and throat of an infected individual. Measles symptoms usually appear in two stages. In the first stage, most people have a fever of greater than 101 degrees, runny nose, watery red eyes and a cough.  The second stage begins around the third to seventh day when a rash begins to appear on the face and spreads over the entire body.

Fairfax County Public Schools require students to have the MMR vaccine. However, families can take a medical or religious exemption from the requirement. In a story last week, Reston Now outlined how many area children currently take the exemption.

While no cases of measles have been diagnosed in Fairfax County recently, the discussion of state-mandated vaccines is a hot topic this week.

More than 100 people have been diagnosed with the disease in the last month. At least 90 of the cases were believed to have begun when a person contagious with the disease visited Disneyland.

The measles vaccine has been commonplace since the mid-1960s. Prior to the 1960s, nearly 4 million Americans under age 15 contracted the disease annually, says the United States Centers for Disease Control. The CDC had considered measles in the U.S. eradicated in 2000.

But last year the CDC reported 54 people in the U.S. have reported being infected with measles in January and February alone.

While most people recover well, measles can lead to ear infection, pneumonia, seizures, brain damage, and death, says the CDC.

Nearly 95 percent of kindergartners nationwide were vaccinated against measles, according to the CDC. However, 48 states allow for exemptions for medical or religious reasons.

Mississippi and West Virginia, the two states that allow only medical exemptions to vaccination, have had no measles cases this year.

Virginia is among the states that allow for medical or religious exemptions.

In Fairfax County, students are required to have a long list of vaccinations, including measles, mumps, rubella (MMR), polio, Hepatitis B, tetanus and whooping cough, among others.

Students must show vaccination proof to enter kindergarten and again to enter sixth grade, unless they opt out for religious or medical reasons. There is also a small number of “conditionally enrolled” students whose records are in the process of being obtained.

In 2011, the medical journal Pediatrics said that one in 10 parents don’t vaccinate within a vaccine schedule recommended by the CDC. About 13 percent either delayed, skipped or made up their own vaccine schedule.

In Fairfax County, the majority follow the vaccination guidelines, said an FCPS spokesman. The Virginia Department of Health has a tool to break down immunization records by school.

Here is how Reston schools stack up with overall vaccinations, according to the Virginia Department of Health. 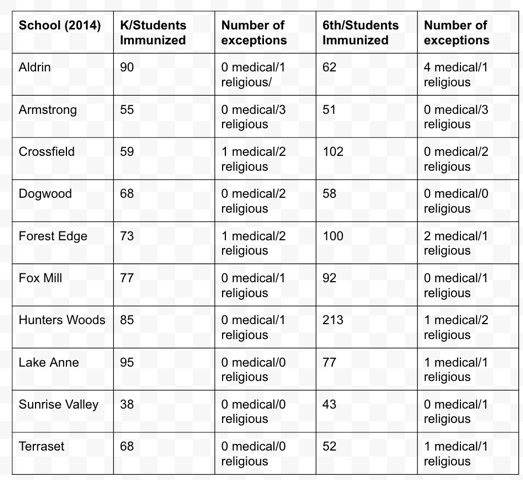 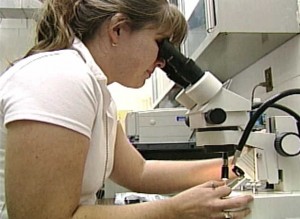 Virginia Department of Health officials say a person with measles may have visited several spots in the Reston and Herndon area last week, possibly exposing people to the illness.

The discovery of the person with measles came after health officials in Loudoun and Fairfax Counties confirmed last month that an infected person may have been contagious while visiting several area locations in the Chantilly and South Riding area between April 23 and May 1.

The second case has been confirmed in a person in close contact with the first case.

The latest exposures occurred between May 11 and May 15 at many locations from Fairfax County to Montgomery County, Md. Health officials said people who have received at least one dose of measles, mumps and rubella (MMR) vaccine are at very low risk of being infected with measles from any of these exposures.

For additional locations in surrounding areas, see the Virginia Department of Health website.

Measles is a highly contagious illness that is spread through coughing, sneezing, and contact with secretions from the nose, mouth, and throat of an infected individual, say Virginia Department of Health officials.

Measles symptoms usually appear in two stages. In the first stage, most people have a fever of greater than 101 degrees, runny nose, watery red eyes and a cough. The second stage begins around the third to seventh day when a rash begins to appear on the face and spreads over the entire body. Based on these dates of exposure, anyone infected with the measles virus may develop symptoms as late as June 5.

For people who are not vaccinated and who may have been exposed, the VDH offers this advice.