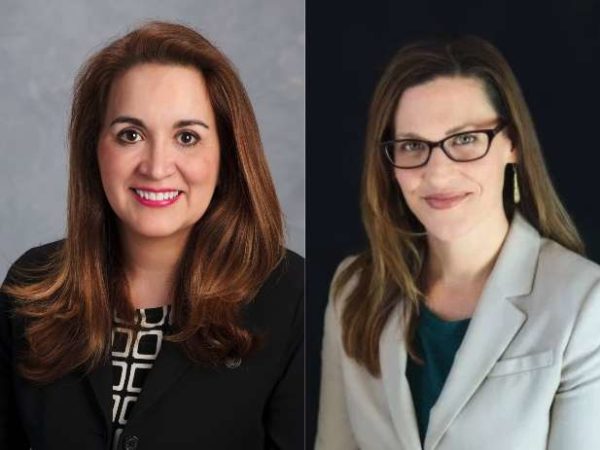 With the incumbent stepping down, two candidates are running for the Hunter Mill District seat on the Fairfax County School Board.

Earlier in January, Hunter Mill District Representative Pat Hynes said that she won’t seek re-election. Her term expires at the end of 2019.

Both Meren and Drain point to their experiences as parents of children who are either currently attending or went to Fairfax County public schools as one of the reasons why they are running for the seat.

Drain said on her website that “running for school board means for her protecting the children and the community while also guiding them to stand up and speak out for what they believe in.”

Meren’s website says that “after years of advocating as a parent and professional in education policy and communications, she believes she can accomplish more as an elected leader. She wants to advance solutions that evolve our system to meet the needs of our students and communities now — and plan for future expected needs.”

Meren’s career has focused on education public policy and programming. She worked at the U.S. Department of Education and as an independent communications consultant at MKM Strategies.

Meren has also been involved with advocacy and community organizations.

She began co-leading the #IamFCPS grassroots campaign after a $75 million budget cut hit FCPS in 2015. The campaign secured $60 million of the proposed cuts, resulting in educator pay increases and measures to help address growing class sizes, according to her website. She is also currently a member of the Fairfax County School Board’s Human Resources Advisory Committee.

Drain has more than 20 years of sales experience with information technology products and solution-based services, including with Verizon and AT&T. She is also the chief executive officer and founder of Random Words Marketing Group. She relocated from Mexico to the U.S. in 1999 with the Hewlett-Packard Corp. and became a U.S. citizen in 2008, according to her website.

Since 2011, she has produced and hosted “Cafe Latino Radio,” a bilingual talk radio show, and in 2015, she launched Cafe Latino TV — both shows focused on sharing success stories from small business owners and people from local nonprofits over a cup of coffee.

Pat Hynes, first elected to the Fairfax County School Board in 2011, is running for re-election to the Hunter Mill seat on the board.

Reston Now sent questionnaires to Hynes and her opponent, Mark Wilkinson. Wilkinson’s has not yet been returned. The two candidates will participate in a forum in Reston on Oct. 24. The election is Nov. 3.

RN: Why do you want to serve on the school board?

PH: I am very grateful for the opportunity I’ve had to represent the Hunter Mill District on the school board for the past four years. My experience as the mother of two FCPS graduates, an FCPS teacher, a lawyer, and a community leader have served me well on the board and, I hope, have served the community well.

The current board has accomplished a good deal, including: later high school start times; full-day elementary Mondays; elementary class size caps; student-centered discipline reform; improvements in literacy and special education instruction; a comprehensive independent efficiency audit; and the hiring of the first-ever auditor general who reports directly to the school board.

Under this board’s direction, FCPS has taken a leadership role in the state and national conversation about better assessments, moving away from the high-stakes test score chase that has for too long dominated classroom instruction.

We have continuing challenges, however, including persistent achievement gaps, class sizes that are still too high in some schools, growing needs for space, and teacher pay that is not keeping pace in the region. Thanks to the efforts of the current board and Superintendent Karen Garza, I see progress on those and other challenges, and I hope the people of Hunter Mill will give me the opportunity to continue this important work.

RN:  What makes you uniquely qualified to serve the school board?

PH: As the only member of the current 12-member school board who has worked as a teacher in FCPS, I am uniquely suited to understand the interests of our employees. My colleagues on the board are very supportive of teachers, which I appreciate, but my time in the classroom gives me the experience to anticipate concerns and ask relevant questions. Having taught in both Vienna and Reston, I also have a network of local teachers and school-based administrators who know that I value their opinions and understand their needs.