Despite a few stalled plans, Pupatella, an award-winning Neapolitan pizza restaurant, is set to open in Reston this week.

The new site at 1821 Wiehle Avenue will host a soft opening on Wednesday, tentatively at 4 p.m. and will feature the local chain’s full menu.

Michael Berger, one of the partners of the business along with founders Enzo Algarme and Anastasiya Laufenberg, said the Reston location will only offer takeout service for the foreseeable future due to the pandemic. However, Pupatella looks forward to offering dine-in service at some point in the new year.

Pupatella already has locations in Arlington, Richmond and Washington, D.C. The Reston location marks the second Pupatella to open this year after one in Dupont Circle in the District opened in August.

The Reston restaurant was initially scheduled to open in early 2020, but was delayed by the county’s permitting process.

“It didn’t really ever cross our mind that we wouldn’t open them. We just decided to shift the service model for now and kind of go through this with everyone else that’s going through this too,” Berger said.

“We’re very fortunate. Our industry is definitely on some hard times. I really feel for a lot of our colleagues that didn’t have the ability to pivot as much in their business model just because of the style of service they were.”

After its soft opening, the restaurant will eventually feature an outdoor waiting area with benches and heaters, as well as tables with fire pits for on-site dining.

The importance of opening this location is more than just business for Berger, as it hits on a personal level.

A Reston native, Berger is a South Lakes High School graduate that grew up around the Tall Oaks area. He is also quite familiar with the location of this Pupatella as he was a regular visitor of the Pizza Hut that occupied the site until it closed late last year.

“So I’ve told my friends that I almost feel like I’ve been entrusted with this historical site in Reston. Everybody that’s been in Reston for more than a few years knows that complex. It has almost a brand of its own.”

Hearkening back to Berger’s alma mater, the Reston restaurant will feature a graffiti art installation done by the South Lakes High School art department along with one of the school’s teachers.

As a throwback to the location’s time as a Pizza Hut, Berger said it will also feature a tabletop arcade game machine with Pac-Man, Galaga and other games.

Pupatella is targeting a late fall opening in Reston, according to a company in Reston.

The estimated opening date is “pending any unforeseen issues with buildout and inspections,” the company representative told Reston Now.

Construction began in early 2020 after The Pizza Hut, which first opened in 1977, closed its doors.

The 2,700-square-foot restaurant will be located at 1921 Wiehle Avenue. A patio for outdoor planing is also planned. 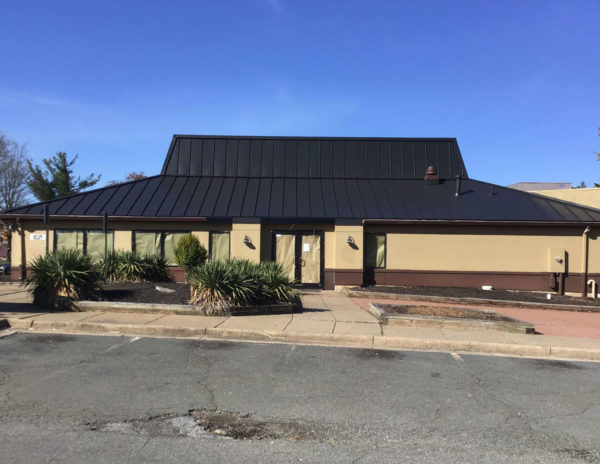 Pupatella, an award-winning Neopolitan pizzeria, is expected to open by the end of the year.

Although the COVID-19 pandemic stalled plans to open but early 2020 at 1821 Wiehle Avenue, founding partner Michael Berger told Reston Now the restaurant is planning for a fall opening.

“While we are still looking forward to when the community is able to fully enjoy our lively and welcoming dining room, we are also planning for unique ways to further activate the patio and outside areas so everyone feels comfortable,” Berger said.

The restaurant’s planned opening was postponed due to delays in the county’s approval process. So far, a new roof has been installed.

“We are so excited to be getting closer to joining the Reston community,” Berger said.