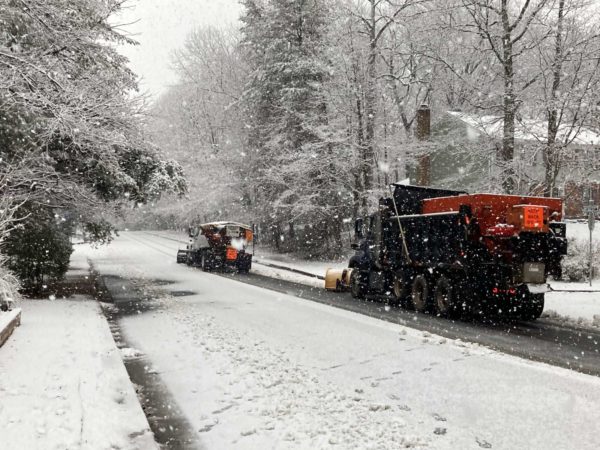 As a new wave of snow accumulation is set to fall on Reston and the surrounding areas, Reston Association is clarifying its policies regarding snow removal.

In preparation for potential snow accumulation, the Reston Association (RA) issued a press release noting that “the responsibility for snow removal in Reston is shared” among Virginia Department of Transportation (VDOT), RA, cluster associations, individual residents and businesses.

Some RA members said they were alarmed that pathways were not cleared earlier this month.

In a letter to RA, Steven Graul, a Reston resident, wrote that Lake Anne Plaza was ‘caked thick with ice’ and remained ‘impassable and dangerous’ for more than a week.

‘It’s simply unacceptable for RA to be excusing their lack of resources for the failure on this issue. This needs to be a community priority and take precedent over other wasteful programs, which provide little or no community benefit, except perhaps to sustain the size and cost of the RA machine itself,’ he wrote.

RA is responsible for plowing snowfall on the 55 miles of pathways it owns and maintains and the access areas to village centers. Members of RA’s Central Services Facilities (CSF) will plow the pathways when snowfall reaches over two inches, according to the association’s site.

Mike McNamara, the Director of Maintenance for RA, will ultimately make the call whether or not to plow the pathways after conferring with CSF crew and mechanics.

On Feb. 3, RA turned to Twitter to explain why snowfall was not cleared from pathways. RA stated that due to a lack of snow, CSF crews could not utilize snowplows because it would risk damaging the pathways and plows. RA did state that hand crews were dispatched to clear snow.

In addition to four plows that can be used, RA’s site advises it has CSF members “to clear walkways, stairs and certain smaller pathways around community buildings and other high traffic areas in the community.”

The association’s site says that each of the four runs of pathways takes between four and five hours to clear.

While RA’s policies are to clear paths as possible, it does not guarantee that pathways will be completely clear after each storm. This is a result of changing temperatures, and hilly areas and heavily shaded locations that are vulnerable to refreezing. Hand crews and other personnel will inspect each area after a storm to address pathways as needed, according to RA.

RA also encouraged residents in its press release to shovel sidewalks and other pedestrian walkways. The association also advised that clusters could hire private contractors to remove snow from parking lots as well as other common areas.

Though RA doesn’t maintain roadway sidewalks, it will work to provide access to schools as much as possible through its pathways.

To report a dangerous section of pathway to RA, members may call the CSF’s main number 703-437-7658 or email [email protected]

VDOT is responsible for clearing snow from all state-maintained roads. VDOT’s road-clearing priority roads include interstates and most primary roads, snow emergency routes and heavily trafficked roads, and other residential roads. The department also offers a virtual map that residents may check to gauge the plowing status of their neighborhoods. 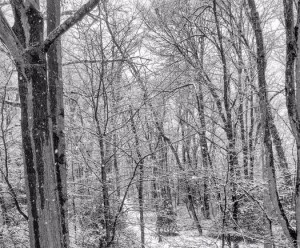 As winter approaches, parents of students in Fairfax County public schools must prepare for one of the biggest disruptions to their weekday routine — snow days.

Fairfax County Public Schools officials will often try to make a decision the night before regarding whether to delay or cancel school. This can happen if snow has already begun to fall or if a majority of national weather forecasters agree inclement weather is likely by morning. In cases when the forecast is uncertain, though, officials may wait until 4:30 a.m. for the most up-to-date conditions.

One way to keep up with the latest school weather announcements is to download the Fairfax County Public Schools (FCPS) app to your smartphone. The FCPS app is available in the iTunes App Store and on Google Play.

Parents can also contact their child’s school to sign up for text-message alerts about inclement weather decisions.

In addition, school officials say that decisions and announcements will be posted to the district’s Facebook and Twitter accounts, and emails will be sent to parents and subscribers of the FCPS “News You Choose” newsletter. Notifications are also posted to Fairfax County’s cable-access station, Channel 21 (Cox, Reston Comcast and Verizon customers), and sent to local print, online, radio and television media outlets.

A 14th day is also allowed, however, as a free day. After the 14th missed day, every other snow day will need to be made up. A 15th snow day, for example, would be made up by canceling the traditional day off after Easter Sunday — which this year would be Monday, April 17.

We may see a bit of snow on the ground in Reston later this week, meteorologists warn, though the forecast remains in flux.

Late Thursday night into early Friday morning, the forecasters say there is a chance we could experience a coating of up to an inch. There is a higher probability for snowfall between late Friday night and Sunday morning, the Capital Weather Gang says, but the prognosticators believe that snow could miss the local area and hit more to the southeast.

More information about school make-up days can be found on the FCPS website. 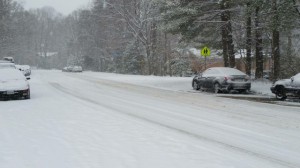 A full day of school when the snow is falling and the driving is terrible. A day off when a few flakes fall. In between, a whole bunch of two-hour delays.

That’s been the story for Fairfax County Public Schools since Jan. 6.

First, about four inches of snow fell and the buses got stuck and Superintendent Karen Garza admitted “we made the wrong call” about remaining open.

In the six schools days since, there has been one full day of school. Today, school was cancelled. In Reston and this portion of the county, no more than a dusting fell.

Meanwhile, the Capital Weather Gang says to cut the schools a break on today’s decision. It was a tricky forecast.

Why can’t the county seem to get it right? Are they playing it too safe after the #CloseFCPS publicity of last week?