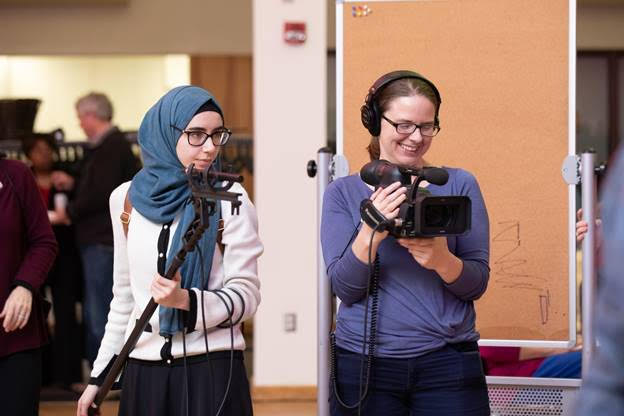 Reston Community Center’s YouTube Channel was a named recipient of an award at the 65th annual Virginia Parks and Recreation Society Conference this week.

Virginia Recreation and Park Society is a nonprofit and professional organization designed to unify all professionals, students, and interested laypersons engaged in the field of recreation, parks and other leisure services in Virginia. Its annual conference, hosted remotely this year, is a five-day event with different workshops, a keynote speaker, and awards ceremony.

RCC’s YouTube channel was awarded on the third day of the conference for “Most Innovative Marketing Strategy” for 2019 (population 50,001-100,000).

Created last October, RCC’s YouTube channel was designed “to bring more content to patrons and tell the story of RCC through video,” according to Fairfax County’s press release.

Here’s more from RCC on the award:

The five-minute films look at RCC’s founding by involved community members. The way the local community theatre organization enjoys RCC’s professional theatre; how RCC supports low-income and recent immigrant communities; how RCC impacted the assimilation of one family who emigrated from Peru 20 years ago; RCC’s role in producing free, offsite community events such as concerts, art installations and children’s activities; and all that happens – from free Community Coffee to professional performing arts productions – on a busy Saturday at RCC.

RCC was one of 97 applicants for 14 different award categories. The awards given honor those who exemplify excellence in programming, personnel, marking, and more, the press release said.

Muslim friend of mine got harassed at a Trader Joe's in Reston, VA. pic.twitter.com/Ki8gc1RZio

A video purporting to show a woman making anti-Muslim comments while in line at the Reston Trader Joe’s store has received local, national and global attention since it was first posted early Sunday.

Comedian Jeremy McLellan posted the clip on social media after, he says, a friend of his — a Muslim woman who took the video and bore the brunt of the woman’s rant — sent it to him.

“I wish they didn’t let you in the country,” the woman said to the video-taker, who replies that she was born in the U.S.

Here’s how it started, according to McLellan: END_OF_DOCUMENT_TOKEN_TO_BE_REPLACED