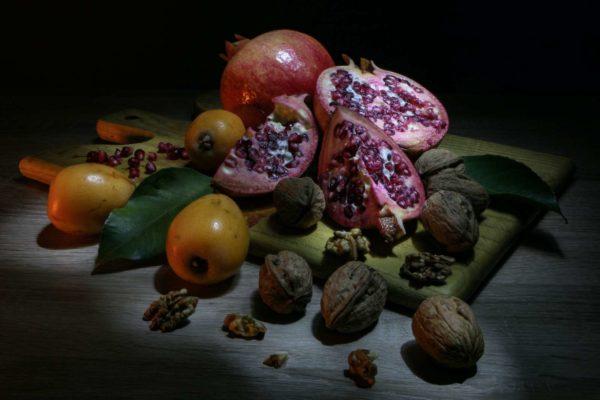 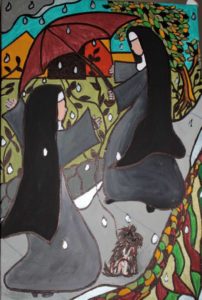 A Vienna resident’s art show titled “A Bunch of ‘Nun’sense” will bring depictions of nuns and stained glass windows to Hunters Woods at Trails Edge.

The art show “consists of mainly acrylic and ink on large stretched canvas, which includes a variety of styles,” according to information provided by Hunters Woods at Trails Edge.

Jan Dittmar, 68, started painting at the age of 50. A decade later, she earned an arts degree at Columbia College in South Car0lina at the age of 60. She is currently a member of the League of Reston Artists and the Vienna Arts Society.

Locals can view her nun-themed art while sipping sangria and enjoying sweets at the Pre-Opening Showroom (2254B Hunters Woods Village Shopping Center) from 6:30-8:30 p.m. on Friday (Feb. 8).

The pair was charged Nov. 28 with a series of crimes, including setting fire to a Vienna restaurant in October.

The boys were charged with both felony and misdemeanor crimes, including arson.

The Oct. 14 fire destroyed most of the building for the Marco Polo Restaurant, which had been vacant. There were no injuries. The site is set for redeveloped as a retail and townhouse complex.

The teens were also charged with the vandalism of several buses in the rear parking lot of the restaurant on Sept. 9.

Police said other charges are also being filed in relation to a Nov. 4 vandalism of two historic government-owned buildings near Lahey Lost Valley Park in Vienna, which caused several thousand dollars in damage.

The pair is being held in the Fairfax County Juvenile Detention Center. 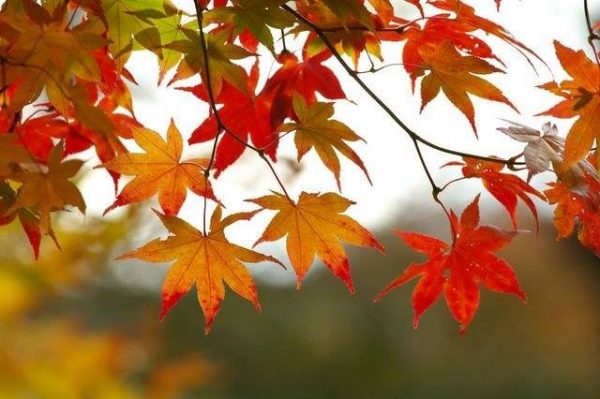 Biden To Be in Reston on Saturday — The former Vice President will host a roundtable discussion on workforce development Saturday in Reston along with Democratic gubernatorial candidate Ralph Northam. The event, to be held at Reston Town Center co-working space Refraction (11911 Freedom Drive), will highlight Northam’s jobs plan. [NBC Washington]

Police Help Young Drivers — Officers help teenage drivers learn how to handle themselves on the roadway and what to do in certain situations during the “Youthful Driver Program” every Saturday at the Fairfax County Criminal Justice Academy. [Fairfax County Police Department]

Vienna, Herndon Among Top 5 Virginia Towns in Survey — A website for business professionals ranked incorporated cities and towns in Virginia based on factors including poverty level, unemployment rate and median household income. It names Vienna the “Most Successful” in the state, with Herndon coming in at No. 5. [Zippia]

County’s Fall Book Festival Kicks Off — The county’s library system is offering residents the opportunity to meet numerous authors today through Saturday as part of the “Fall for the Book” festival. [Fairfax County Public Library] 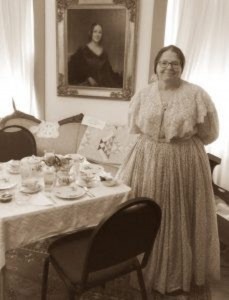 Well, obviously, it’s a Stanton impersonator, since the suffragist and social activist died in 1902.

The tea is being offered in conjunction with the small exhibit: The Road to
Women’s Rights: The Origins of the Women’s Rights Movement. Learn
interesting facts about women’s right to vote at the exhibit.

The museum will offer a series of small exhibits that explore the women’s rights movement over the next four years. The exhibit series honors the 100th anniversary of establishment of the National Women’s Party in 1916 and
the 100th anniversary of passage of the 19th amendment to the U.S. Constitution granting women the right to vote in 1920.