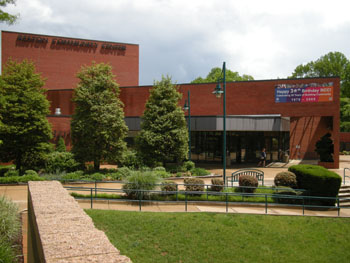 It was a quiet summer for Reston Community Center’s quest to build a new indoor recreation center, possibly at Baron Cameron Park.  But the RCC Board of Governors — along with Craig Levin of consultants Brailsford & Dunlavy — will revisit the topic at its long range planning committee meeting (6 p.m.) building committee meetings (7:30 p.m.) Monday at RCC Hunters Woods.

The meetings are open to the public, so stop by if you want to share your opinion on this ongoing topic.

The RCC Board of Governors has been discussing since last February the feasibility of building a $35 million rec center to supplement the aging pool at RCC Hunters Woods and serve what is sure to be an expanding population in Reston the next 20 years.

The proposal has met with mixed reaction. Avid swimmers are in favor of the facility. Neighbors near Baron Cameron Park are against it, as are those who think the costs should be borne by the rest of the county or developer proffers and not just Small Tax District 5 residents.

RCC Board members said in June they would continue to revisit the idea through 2013. Six candidates ran in the 2013 Preference Poll for a spot on the board. Incumbent Beverly Cosham and newcomer Michelle Moyer, both in favor of putting the pool issue to referendum, were appointed to the board, along with John Mendonça, who says he is concerned that RCC has lost focus as to what role it wants to serve.

Meanwhile, RCC executive director Leila Gordon says the board is looking at alternative sites for the potential facility, even though the land at Baron Cameron Park, owned by the Fairfax County Park Authority, would be given to RCC for free.