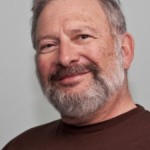 Stuart Rakoff, longtime Reston resident and the Chairman of the Board of Cornerstones (formerly Reston Interfaith) died Sunday after a battle with Amyotrophic Lateral Sclerosis (ALS).

Dr. Rakoff had bravely shared his 16-month battle with the disease in regular blog posts, the most recent one posting on Sunday.

“It feels like the end is getting closer. … Surrounded here by so much love and care I feel I am ready for the next step,” he wrote in his last blog entry. “I have no regrets at all — I have had a full life, touched and been touched by such wonderful family and friends. So if there is to be a final lesson for me it is that love is the ultimate gift — love and honesty.”

A native of New Hampshire, Dr. Rakoff, 69, was married for more than 47 years to his high school sweetheart, Roz. He held an undergraduate degree from Colby College and a Ph.D. in Political Science from the University of Minnesota. The Rakoffs moved to Reston in 1974.

Dr. Rakoff had a long career history in human capital strategy, policy analysis, organization effectiveness and service quality in public and private organizations.  He served as Director of Manpower Planning and Analysis in the Office of the Secretary of Defense and implemented programs and policies and advised client organizations on issues of human resource utilization and organization design and change.

During his career, he designed manpower programs for the U.S. Army and the Internal Revenue Service, among others.

He later founded his own consulting firm, Rakoff & Associates LLC, in Reston.

Dr. Rakoff took over the chair position at Cornerstones last year, despite his flagging health. 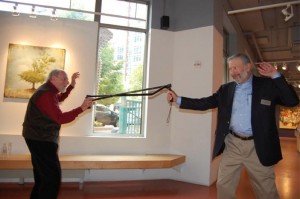 Dr. Rakoff was diagnosed with ALS in the fall of 2012, but tackled the disease with a positive attitude. He worked out with a trainer at Reston Sport & Health, still traveled through the Southwestern U.S. last spring and to London and Paris over the summer. Until about three months ago, could be seen driving around Reston in his convertible Volkswagen.

A few months ago, when Dr. Rakoff began having trouble speaking, he enlisted the help of an iPad program in which a computerized voice would speak his typed words. He still had a sense of humor and was not above making puns and throwing in a few swear words on the tablet.

Lisa Covert, a friend of Dr. Rakoff’s for more than 20 years, called him one of the most interesting and intelligent people around.

“He had such an uplifting spirit,” she said. “And such grace the way he handled his disease. He really made a difference in the lives of other people the way he shared his story.”

Covert says Dr. Rakoff’s many interests– travel, theatre, opera, art and the Boston Red Sox — made him a wealth of knowledge.

“I used to say he was my Google before there was Google,” said Covert. “And he was a gourmet cook. His Thanksgiving dinners were legendary.”

In addition to his wife, Dr. Rakoff is survived by his mother and brother, of Massachusetts; son Simon and daughter-in-law Jodi, of Reston; and grandchildren Ellie and Spencer.