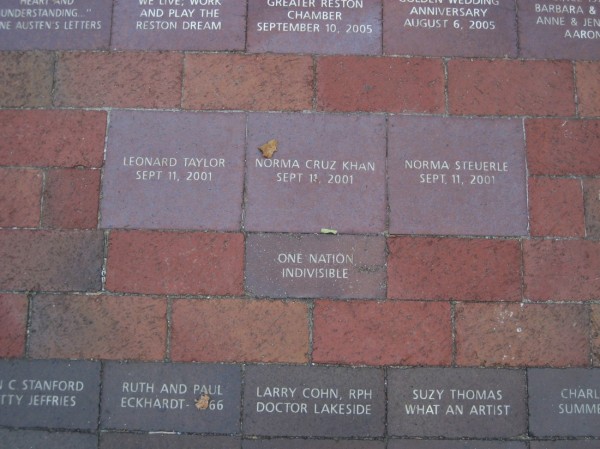 Want to be a part of Reston’s 50th anniversary and also a permanent part of historic Lake Anne Plaza?

The Reston Historic Trust is taking orders for commemorative bricks on the plaza. This year’s bricks will be unveiled on Founder’s Day 2014. Founder’s Day 2014 is on April 5, and Reston will celebrate not only its 50th anniversary but also founder Robert E Simon’s 100th birthday.