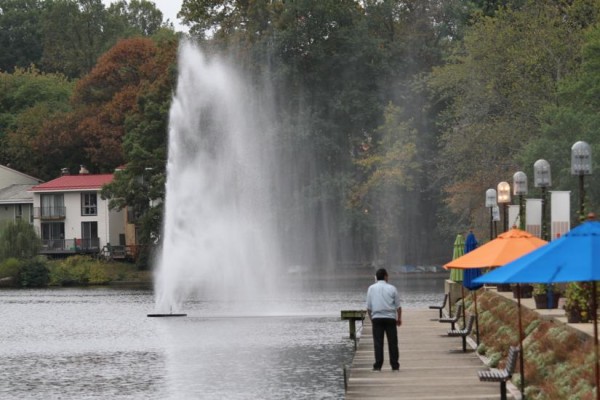 The Reston Association Board of Directors is not likely to discuss amending the rules of its RELAC air conditioning system this month as it needs more time to discuss potential changes and their place under federal fair housing laws, board members said.

Last month, the board introduced an amendment to the Reston covenants declaring that a person who is asking for an exemption from using the aging air conditioning system must show a doctor’s order advising of the “handicap,” information about the handicap (such as medical records), and that order must be updated annually. That rule tightens up the current exemption, in which a medical reason is good for as long as the homeowner lives in the house.

That idea was not received well by many RELAC users, who attended the December RA meeting expressing privacy concerns and taking issue with being designated handicapped. That terminology is put in place because fair housing laws state that accommodations must be made for someone with a handicap, said RA attorney Ken Chadwick.

RELAC (Reston Lake Anne Air Conditioning Corporation)  has been the cooling system for about 300 Lake Anne-area homes since the mid-1960s. The system is powered by recirculated lake water from Lake Anne. Touted as state-of-the-art when it was built, nearly 50 years later it is oft-criticized by users for being inefficient and mold-producing.

Eve Thompson, the RA Lake Anne/Tall Oaks Director, says she has recommended to the board that a medical professional be able to certify why the homeowner needs to opt-out, but that more invasive requirements be nixed.

“Let a doctor certify why someone is requesting a change,” she said. “But that should be without additional medical information and I have recommended they not have to recertify.”

Thompson also is wary of another item in the amendment — that residents must  provide a written statement from a HVAC technician familiar with RELAC saying the system is working and that inadequacies come from the water system and not the equipment .

“I’m suggesting we don’t want to be in the mindset of requiring members to have their systems evaluated by RELAC,” she said. “There are no certified RELAC specialists. We should get that item out of the amendment altogether. It is too slippery a slope. RELAC has a vested interest in keeping everyone on the system; a homeowner has the opposite interest. We have no way to objectively measure whether the system is working.”

To that end, the time may be right to discuss RELAC’s big-picture future, Thompson added. RELAC’s use is bound by the RA covenants, and a covenant is very hard to change. But if after 45 years the system isn’t working as performed, it is time to talk.

RA president Ken Knueven pointed out in a recent post on Reston Now that Lake Anne residents voted to keep the system in a 2005 referendum.

Thompson says RELAC’s future is a separate issue and not related to the current medical exemption debate.

“We should at least be facilitating a discussion about RELAC’s sustainability,” she said.