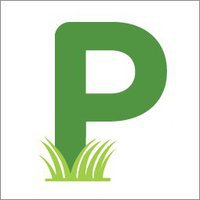 Alex McVeigh, the editor of Reston Patch, announced that Wednesday would be his last day with the news website.

Patch launched in Reston in August 2010 under the leadership of local editor Karen Goff, who later founded Reston Now in 2013. Reston was among one of the top-performing Patch sites in the region.

McVeigh’s departure came as part of a company-wide layoff in which as many as 90 percent of the employees were reportedly let go. Patch, owned by AOL, was sold to Hale Global two weeks ago. It was Patch’s third big layoff since August after losing hundreds of millions of dollars since its founding in 2009.

“Sorry to announce that today is my last day with Patch,” McVeigh wrote on Reston Patch’s Facebook page. “I’m not sure what the future of the site will be going forward, but I enjoyed my time here, and appreciate each and every person that followed and read the site. It was a true pleasure bringing you the news.”

Patch has about 900 hyperlocal news sites nationwide. It is unclear how many of them will remain active.