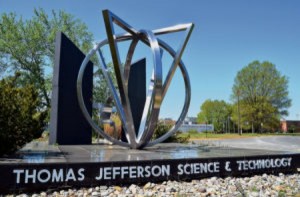 Nearly 1,500 eighth-graders who took the entrance exam for Thomas Jefferson High School for Science and Technology will have to re-take the essay portion, Fairfax County Public Schools officials said.

There were computer glitches at all of the 15 locations where the test was given last Saturday.

Thomas Jefferson — “TJ” — is the highly selective magnet school for Northern Virginia, drawing students from Fairfax, Loudoun, Arlington and other nearby counties.

The problems occurred when students tried to save their essay or the student information sheet on the computer. At least 500 students experienced the issues.

The students will now be allowed to re-do the essay questions at home the week of Feb. 6. In past years, before going to an online system, the essay portions were completed at home.

“We understand the burden placed on students and parents by having to retake the . . . essay portion of the TJ admission exam,” FCPS said in a statement. “Prior to last year, a similar method was used during this portion of the application process and, given the current circumstances, we believe this is the best approach.”

Some parents have expressed concern that the at-home test will give some students an unfair advantage.