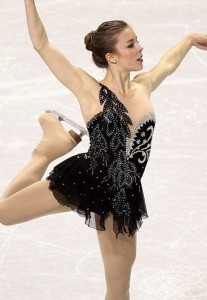 When the Sochi Winter Olympics get underway Thursday, there will be two high-profile athletes representing Northern Virginia on the U.S. team.

Ashley Wagner, a West Potomac High School graduate who formerly trained at the Mount Vernon Ice Arena, will be competing in perhaps the Games’ premiere event — Ladies Figure Skating. Will the 22-year-old join the household names (and gold medalists) such as Dorothy Hamil (1976),  Kristi Yamaguchi (1992) and Sarah Hughes (2002)?

She has a good shot, though her performance at last month’s 2014 U.S. National Championships was less than stellar. Wagner, who currently trains in California, fell twice to finish fourth but was added to the team at the discretion of skating officials.

She narrowly missed making the 2010 team, but was the U.S. champ in 2012 and 2013. The Washington Post has an in-depth profile of Wagner, who will skate in team competition this weekend and in individual competition beginning Feb. 19.

On the slopes, check out Ashley Caldwell, a freestyle aerial skier from Ashburn who competed at the 2010 Winter Olympics in Vancouver. 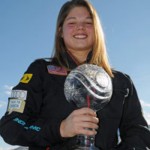 Caldwell, now 20, was the youngest member of the U.S. team four years ago. She finished 10th, but later suffered two knee injuries. She usually competes on skis emblazoned with the Washington Redskins’ logo, but they are against Olympic rules, so don’t look for those in Sochi.