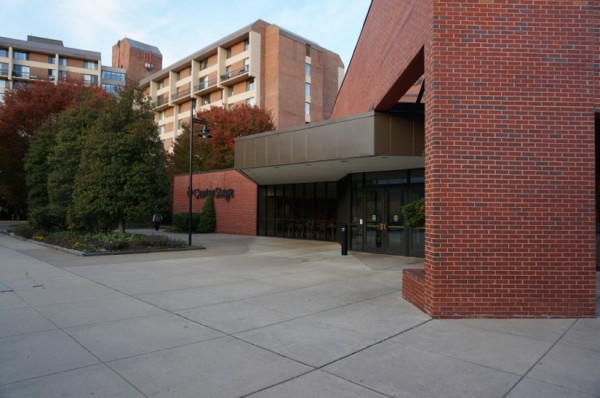 For exactly a year, Reston Community Center Board of Governors members, consultants and residents have been discussing the idea of building a new recreation center with a 50-meter indoor pool.

At more than a dozen meetings, the board has heard testimony — sometimes emotional and angry — from residents. Some want the additional swim options. Others point out lack of need, expense and traffic as among potential problems.

Monday, the discussion, as well as talk about other RCC programs and issues, continues. The RCC Board will hold its annual Community Relations and Program/Policy Joint Committee Meeting at 6:30 p.m. at RCC Hunters Woods.

It was at that same meeting in February 2013 that the pool proposition was first delivered. RCC’s current indoor pool, at Hunters Woods, is 35 years old and need of modernization, RCC’s board of governors says. The board has proposed building an additional pool and rec center at Baron Cameron Park, where RCC would be given the land for free, or at the area known as Town Center North. Consultants Brailsford & Dunlavy say the facility would cost $35-40 million.

And while the issue is unlikely to go to referendum in 2014, according to RCC Executive Director Lelia Gordon, it is still very much on the table for the future. With tens of thousands of new residents expected to live and work in Reston after opening of the Metro’s Silver Line later this year, those people will need recreational facilities.

RCC had hoped to be able to present the idea to Small Tax District 5 voters this year. However, Gordon says there still needs to be three to six months of more discussion before the plan can move forward, which means if RCC decides to move forward it would not be put to a referendum vote by November. It also would not be cost-effective to hold a special ballot, she said.

“I think it will take the next several months to get an understanding of the best opportunity,” said Gordon. “Once we know roughly where it would be and who we would be partnering with, then we can talk about priorities.”

Also likely up for discussion Monday: the need to examine pricing and cost recovery scenarios. RCC’s usage fees have remained lower than most area facilities, and phasing in increases over the next several years would allow for less of a tax burden on residents if the project proceeds.

RCC raised its aquatics center fees Sept. 1 — only the second time in 34 years that drop-in fees have risen.

RCC has been running for the last several years at a 13-15 percent cost recovery level, Gordon said. An ideal level would be 25 percent, she added. With more money available at the start of building the new project, the quicker RCC could recoup its expense. B & D estimates after five years there cost recovery level would still only be 50 percent (Reston resident rate structure) to 71 percent (Fairfax County resident rate structure).

Cost recovery can make or break a plan. In Arlington County, a proposal to build a $79 million multi-pool aquatics facility ($42 million of it from an approved 2012 county bond) is re-evaluating costs after an original operating deficit estimate of  $1 million to $1.3 million was recently upped to $3.8 million after construction bids came in much higher than anticipated.

“The situation at Long Bridge Park in Arlington illustrates perfectly that the longer you are undertaking a project, there is a larger potential for the scope of planning to outstrip your resources,” said Gordon. “The cost of construction goes up.”