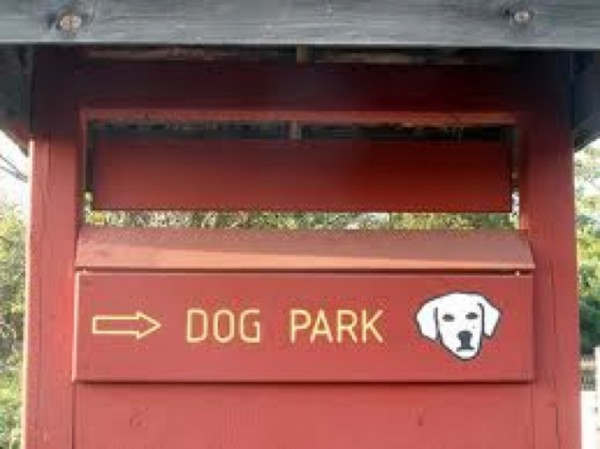 The Baron Cameron Park Dog Park will stay a part of a re-imagined park design — but may be moved to the park’s interior.

Baron Cameron Park, a 68-acre parcel operated by the Fairfax County Park Authority, is in the midst of a master plan revision. The process began close to a year ago, with a community meeting at Buzz Aldrin Elementary aimed at getting input on what the park needs as it moves forward as a “District Park” serving not just Reston, but close-by communities such as Vienna and Great Falls, Park Authority Board Chair Bill Bouie said.

The public will have a chance to comment on the draft master plan revision at a public meeting March 27 at Buzz Aldrin (11375 Center Harbor Rd.). The meeting kicks off a 30-day public comment period. If you wish to speak at the meeting, you can register ahead of time by calling 703-324-8662 or emailing  [email protected].

The dog park has been a source of controversy lately as a group of residents of Longwood Grove, located across Wiehle Avenue from the park, has threatened a lawsuit against the park authority and Reston Dogs, the nonprofit that monitors the park. Residents say they are subject to noise from barking dogs at the park and they request that the park either move or close.

“At this time, my clients firmly believe that the only way to fix this problem is to close and/or move the Baron Cameron dog park to a new location,” reads a letter sent by attorney Zachary Williams. “Given the ongoing Baron Cameron Master Plan revision process, now is an opportune time to close the dog park so that this area of Baron Cameron Park can be redeveloped in a manner that is compatible with surrounding neighborhoods.”

One plan for Baron Cameron has the park staying as is, on the park’s edge near Wiehle Avenue.

The second option moves it to the center of the park, putting a community flexible use space where the current dog park is located.

The second option does not come without other developments, however.

The interior dog park spot is included with the option to build a 90,000 square foot indoor recreation center in partnership with Reston Community Center. The center would feature an indoor, 50-meter pool, fitness rooms, and other community use facilities. It also would include space an additional 250 parking spots.

The park would likely have to sacrifice some of its nine rectangular athletic fields in order to build the center, but the master plan revision also calls for improving field conditions by adding lights and artificial turf to increase playing hours on remaining fields.

The plan to add the $35 million rec center has been discussed for more than a year, both by RCC and the FCPA. Both entities have to undergo separate processes in order to proceed.

RCC funded a feasibility study update and held a series of meetings on the plans in 2013. The plan is still being discussed, but is unlikely to go to a Small Tax District 5 referendum this year, RCC Executive Director Leila Gordon said.

While the facility is generally supported by swimmers, many residents have spoken out against it for reasons such as cost, need and additional traffic on Wiehle Avenue.

Meanwhile, the Master Plan revision says that an average of 41,000 cars travel through the intersection of Wiehle Avenue and Baron Cameron daily.

“While an indoor recreation center will add only a fraction of trip generations to the daily total of 41,000 cars passing through the Baron Cameron and Wiehle Avenues intersection, park management objectives will strive to address traffic impacts through provision of adequate entry and exit points, efficient internal circulation patterns, and an adequate amount of parking for proposed and retained facilities,” the report says.