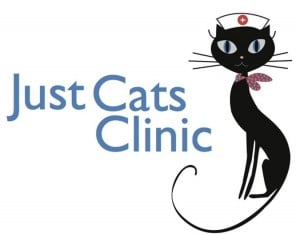 The vet clinic specializing in feline care will take over the Millennium Bank building at 1601 Washington Plaza. The building’s ground-floor space has been mostly vacant since the bank moved out in 2009.

Veterinarian Elizabeth Arguelles, a resident of Herndon  and the clinic’s owner, said on the Just Cats Facebook page this week that their county permits are finally progressing.

Remodeling crews have been busy renovating the 6,600-square-foot space for several months. Arguelles had said she hoped to be open in March.

“At my former clinic, I would see clients coming from Reston and Leesburg,” she said. “There is a market and a need here. A cat-only clinic is a much better environment than a dog and cat clinic. Getting a cat to the vet is so hard. We try to make it as easy as possible.”

Arguelles — “Dr. Elizabeth” to her patients — said she is excited about opening at Lake Anne. She did not want to be located in a strip mall, and the the floor-to-ceiling windows of the bank building also appealed to her.

“Lake Anne has unique shops, and a cat-only vet is a unique venture,” she said. “Cats feel much more at home if they have light and can see out of windows.”

In addition to vet services, Just Cats intends to offer luxury cat boarding. Arguelles says boarders will not be in cages, but will be in cat condos with a view to the outside.