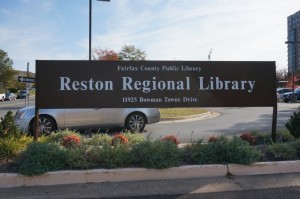 The trustees voted last week to request an additional $1 million that would be used for youth service, staff training and technology upgrades, the Fairfax Times reports. The board had previously submitted a request for a $1 million increase in its budget for books and other material, aimed at restoring some of the reductions made in leaner budget years.

County Executive Ed Long has allocated $25.7 million for the library system, a slight increase over the fiscal 2014 adopted budget but also a slight decrease in total funding as compared to the amended budget for the current fiscal year.

This is due to one-time money the Board of Supervisors gave to the the library system at the close of fiscal 2013.

The current budget proposal includes $275,000 for library employee pay raises, $250,000 in additional funding for materials (to purchase about 13,000 items) and $61,500 for computer replacement. Long has proposed increasing the materials budget by $250,000 per year over the next four years to reach the $1 million total that the library system requested.

The library system had proposed a “beta plan” for Reston Regional — the busiest branch in the county — and other libraries in 2013. That plan included a new staffing model that suggested getting rid of trained children’s librarians and going to a one-desk staffing system in order to save money.

That was met with protest from library supporters. Ultimately, the Fairfax County Board of Supervisors scrapped the plan. The supervisors also were shocked to learn that thousands of books were being thrown away rather than recirculated.

The book dump was discovered by Reston resident Kathy Kaplan, who was honored last week as Reston Citizen’s Association Citizen of the Year for her efforts.

The library trustees are currently looking at new solutions that will cut costs but keep service levels intact.

The $1 million for materials and $1 million for other needs that the Board of Trustees is requesting this year would be in addition to the increased funds already included in Long’s budget, library director Sam Clay told the Fairfax Times.

The $250,000 included in the budget would allow for the purchase of about 13,000 additional items, according to the budget document.

To see the breakdown of the FY 2015 Advertised County Budget, visit the Fairfax County website.

The Board of Supervisors will adopt the budget April 29.