The changes come after the system offered curbside and online services since mid-January.

Each branch will have capacity limits of up to 30 people for community branches and 60 people for regional branches. Customers over five must wear masks at all times.

Book donations are not being accepted and returned library materials will be quarantined for 24 hours. Meeting rooms are unavailable.

Even as express services resume, curbside services will continue from 10 a.m. to 4 p.m. every day except Sunday.

Although access to county libraries is currently limited, staff are still finding ways to for library patrons to enjoy services offered by the county’s library system.

Reston Regional Library recently launched a take-home laptop program that allows residents to borrow Chromebooks.  So far, the program is only in effect at the libraries at Reston, Sherwood, George Mason and Centreville.

To place a Chromebook on hold, customers must be age 19 or above and return the laptop to the same branch it was borrowed from. The laptops can be checked out for two weeks and cannot be renewed.

Library staff erase all personal data and reset the laptops once they are returned.

Here’s more from the library on things to know before taking part in the program.

Chromebooks support the Google suite of productivity tools, including Docs, Sheets and Slides. These tools can access Microsoft office files, including Word, Excel and PowerPoint.

You can browse as a guest or use a Gmail account.

If you browse as a guest be aware that your documents and history will be immediately removed when the Chromebook sleeps, restarts or shuts down.

Laptop, cable and bag will be sanitized between borrowers.

Residents can place a hold on laptops online.

The Fairfax County Board of Supervisors is seeking to extend the timeline to rebuild Reston Regional Library as part of a longstanding redevelopment project.

The board authorized a request to the Circuit Court to extend by two years the authority to issue the library bonds for replacement of the Reston Regional Library. The request extends the bond from eight years to 10.

The Board moved forward with the request “due to a combination of Reston Association and Fairfax County development requirements” that has caused delays in the library replacement and larger Reston Town Center North redevelopment project, according to Hunter Mil District Supervisor Walter Alcorn.

The request was endorsed unanimously by the Board of Supervisors during its Sept. 29 meeting.

The board envisions redeveloping the property from a hodgepodge of parcels into a vibrant and urban a mixed-use project that helps transition Reston Town Center to the existing development. Planning is underway but no firm plans have yet been determined.

According to the board’s agenda on Sept. 29, “all work has been completed and bond funds expended” for each library, except the Reston Regional Library.

The board’s approved proposal includes using the $10 million bond funds in conjunction with the larger redevelopment plan for Reston Town Center North, where the Reston Regional Library is located.

In addition to the library, the proposal calls for the replacement of the Embry Rucker Shelter, North County Human Services Center, and the creation of community and open space, as well as common infrastructure.

Alcorn said other factors might cause the overall project to be delayed, but that he doesn’t think the bond extension will.

“While there are any number of other issues that could affect the completion timeline, the $10 million of general obligation bond financing for the library is not one of them,” Alcorn wrote in a statement.

Book lovers can check out books and pick up holds at Fairfax County Public Libraries beginning next week — albeit under different circumstances.

On Monday, June 1, FCPL will kick off a curbside pickup and grab bag program. Although libraries remained closed, patrons can park in designated areas, call the bank number and pick up any items on holds. Patrons must provide their library card over the phone. Once the items have been deposited on a designated pickup table and library staff has returned to the building, items may be picked up.

Over the phone, residents can also request a specific book or a grab-and-go bag prepared by staff based on reading levels and preferences.

All returned library materials, however, should be deposited in the library’s book drop. Returns will be accepted based on a staggered system since more than 500,000 items are currently are in the queue to be returned:

Staff will wear cloth face masks and all books will be packaged in a plastic bag in order to “streamline handling.”

More information about changes to services is available online. 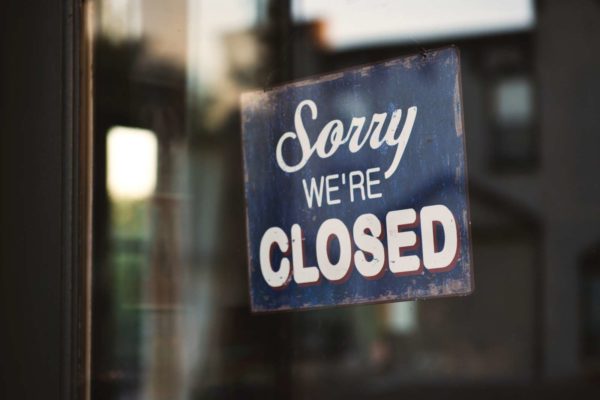 Though Fairfax County and independent groups announced several closures in the area, not everyone seems willing to give up the weekend fun.

Reston Now checked out several events and compiled important updates from around the area.

For people looking for things to do, a staffer at Kalypso’s Sports Tavern said that St. Patrick’s Day festivities scheduled for this weekend are still on, as of today (March 13).

Today, the Reston Community Center announced several cancelations and closures due to the COVID-19 pandemic. All artist events have been canceled, including the following, which were supposed to take place over the weekend:

Though the Reston Community Center itself is not closed, staff are working to keep surfaces clean and disease-free with improved measures, the website said. Updates can be found on the community center’s website.

The Lucky Leprechaun 5K, which was originally scheduled for Sunday, has been postponed, according to its Facebook page. For more information, registrants can check out the PR Races website.

At the Reston Regional Library, the St. Patrick’s Irish Dance Performance has been canceled, along with the Learn How to Read Braille Workshop, according to a library representative. 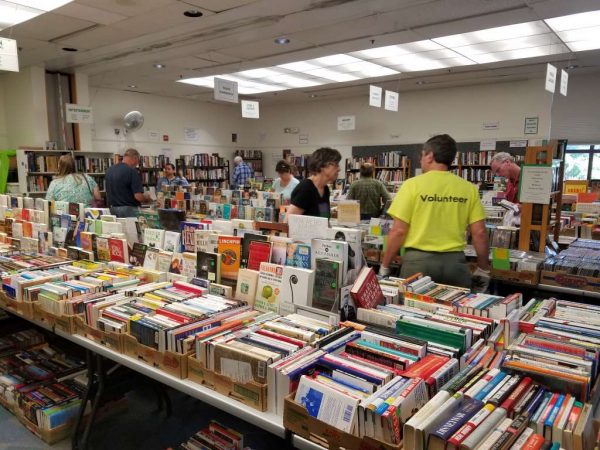 The sale features mystery, thriller, and adventure books. The timing of the sale is as follows:

The next book sale, which features books for children, young adults and educators, takes place at the end of March.

According to information provided by the Friends, the nonprofit organization has raised more than $700,000 for the library through its book sales over the past 15 years.

In addition, it has been able to donate $200,000 to direct library support programs — including $100,000 in eBooks, $25,000 in children’s series books, a Braille printing station for the Access Services branch, librarian scholarships and more.

Friends of the Reston Regional Library is made up of nearly 100 active volunteers who donate over 10,000 hours a year to process donations, run sales and reach out to the community.

More information about the Friends’ other six annual sales is available online. 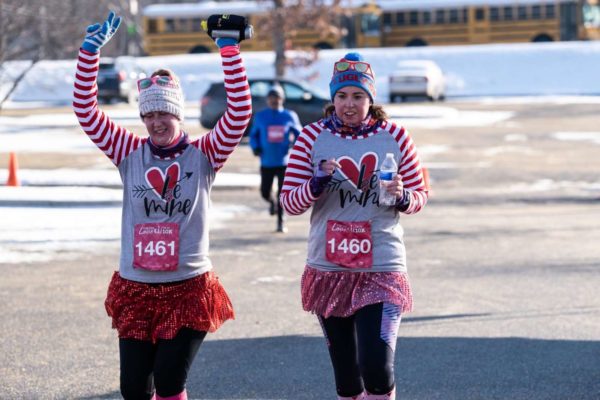 Runners and exercise enthusiasts can take part in the sixth annual For the Love of It 10K this Saturday.

Beginning at 8 a.m. outside South Lakes High School (11400 South Lakes Drive), participants can compete to make it across the finish line first, according to the website.

There will be awards for the first three male and female participants to finish the race as well as other awards in various age categories, the site said.

After the race, attendees can enjoy Valentine’s Day-themed treats, refreshments and photo opportunities. People who preregister will receive a long sleeve t-shirt.

A course map can be found online. Registration fees range from $45-50 now that early bird pricing has ended.

Photo via For the Love of it 10k/Facebook 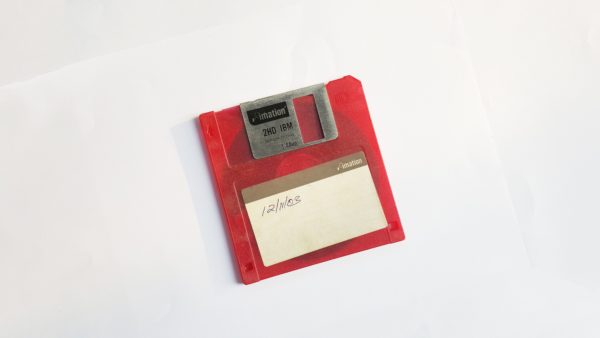 A new “memory depot” is available at Reston Regional Library and five other libraries in the county.

The following formats are accepted:

Only Centreville Regional Library allows users to digitize vinyl albums. Patrons must bring the materials and an external hard drive or USB.

Before signing up for a session, residents should consider taking a 30-minute orientation. Reston’s branch does not require registration for the orientation, which is held on Wednesdays. More information is available online. 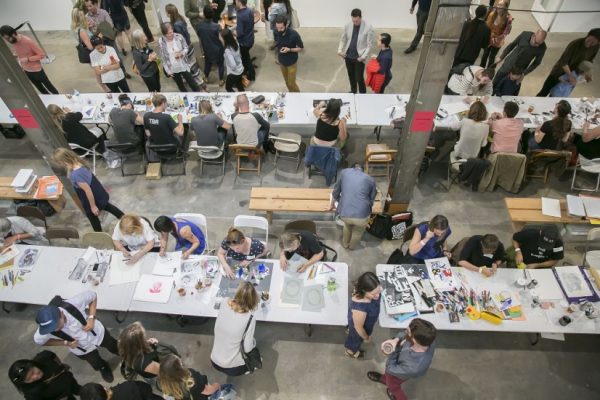 More than 50 artists from around the region will create live artwork using their preferred media at a live fundraising event tomorrow (Saturday).

As works are completed, they will be hung on a wall and will be available for purchase at $75 each. The event is free and open to all.

Thousands of books are available for purchase beginning today (Thursday) during an annual sale by Friends of the Reston Regional Library.

According to information provided by the Friends, the nonprofit organization has raised more than $700,000 for the library through its book sales over the past 15 years. In addition, it has been able to donate $200,000 to direct library support programs — including $100,000 in eBooks, $25,000 in children’s series books, a Braille printing station for the Access Services branch, librarian scholarships and more.

Science fiction, religion, romance, cooking, sports, history and many other genres of titles are available. Small paperback books are available for as little as 50 cents, with hardcovers books priced as low as $1.50.

The Friends’ next sale will be mystery, thriller and adventure sale, which is set for Feb. 6-9. Friends of the Reston Regional Library is made up of nearly 100 active volunteers who donate over 10,000 hours a year to process donations, run sales and reach out to the community.

For more information about Friends of the Reston Regional Library and its book sales, visit its website or its Facebook page, find it on Twitter, call 703-829-5467, or email [email protected]. 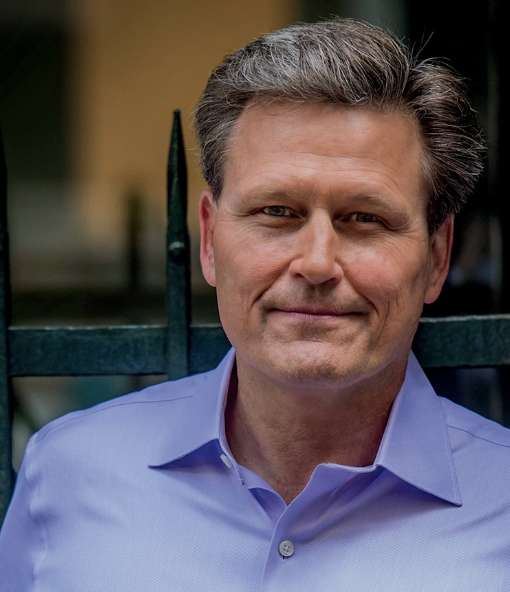 Baldacci will introduce his new novel, “A Minute to Midnight,” which features the story of FBI agent Atlee Pine. The event, which is organized by Bards Alley Book Store and Reston Regional Library, takes place in the auditorium on Tuesday, Nov. 19 from 7-8 p.m.

David published his first novel, Absolute Power, in 1996. The feature film adaptation followed, with Clint Eastwood as its director and star. In total, David has published 38 novels for adults; all have been national and international bestsellers, and several have been adapted for film and television. His novels are published in over 45 languages and in more than 80 countries, with over 130 million worldwide sales. David has also published seven novels for younger readers.

A lifelong Virginian, David received his Bachelor’s degree from Virginia Commonwealth University and his law degree from the University of Virginia School of Law, after which he practiced law in Washington, D.C.

Attendees are also encouraged to bring new or gently used books for donation at the event. The book drive is part of the author’s feeding b body and mind initiative, a with distributes books to food banks across the country. 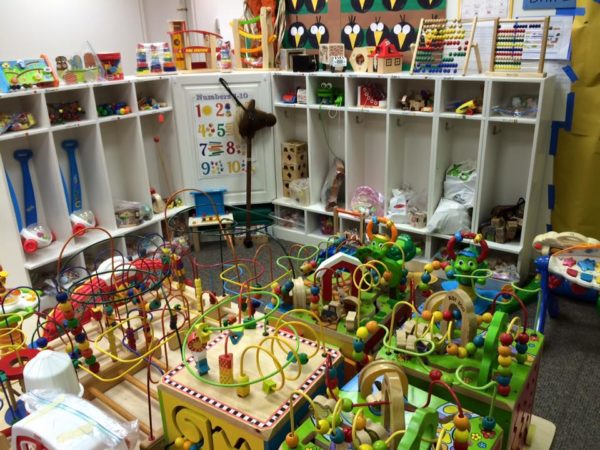 The Lake Anne Nursery and Kindergarten is hosting a major children’s yard sale in Reston tomorrow.

The annual event, which happens from 7:30 a.m. to 1 p.m., is a fundraiser that relies on donations.

All remaining items will be 50 percent off from noon to 1 p.m. 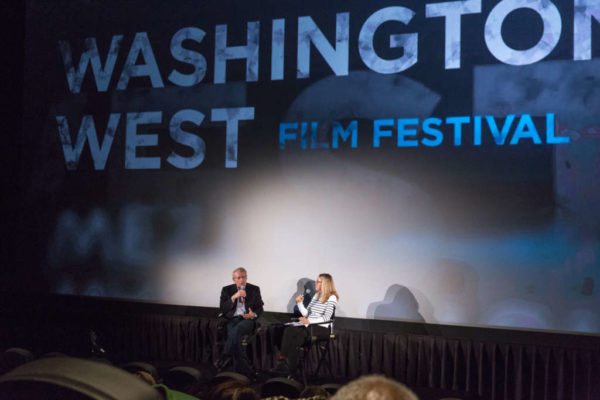 The festival showcases films from around the world.  Tomorrow’s schedules include a panel discussion about the process of independent filmmaking at 10 a.m.

The schedule for tomorrow (Saturday) is below and tickets for each screening can be purchased online:

The event on Saturday concludes with an annual party at the Reston Town Center pavilion.

The complete schedule is available online. All net box office proceeds help address issues like hunger and illness, according to the festival’s website. 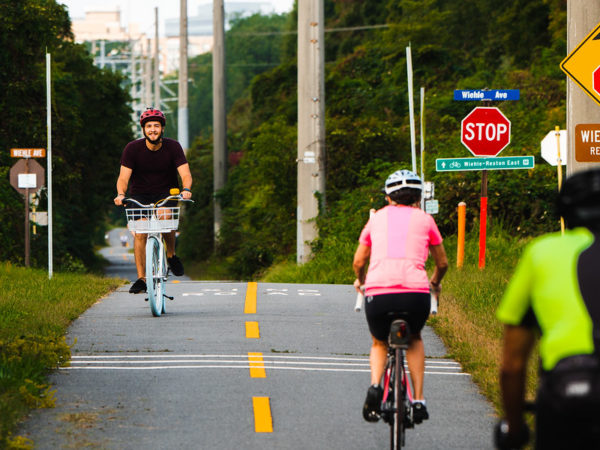 Reston Association Website Back Online — The association’s website, which went down yesterday due to technical issues, is back online. The board is expected to meet tomorrow (Thursday) to discuss the budget and other issues. [Reston Association]