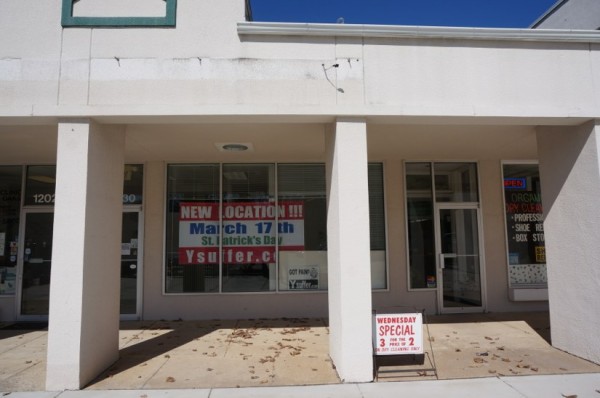 There is a new vacancy among the many empty storefronts at Reston’s Tall Oaks Village Center.

The clinic’s departure leaves another empty space at Tall Oaks, which now has more vacancies than it does tenants.

Relatively recent departures include Curves gym and Dominos Pizza. The former Burger King and the 25,000-square-foot anchor spot that has housed three different grocery stores have been empty for years.

Some mainstays remain: Paradise Nails, El Manantial, Vocelli Pizza, Mama Wok and Pho 75, all of which have a loyal customer base.

Reston development-watchers have talked for years about how to revitalize Tall Oaks. The site owners recently told Reston Community Center, which inquired about investigating the space as a future site for an indoor pool and recreation center, that it is not interested in selling.

It has been many years since the village center has been a thriving spot. Competition from Reston Town Center and Plaza America, beginning in the 1990s, made it hard to keep tenants. It also is relatively hidden from traffic on Wiehle Avenue.

There are revitalization plans in the works for the area around nearby Lake Anne Plaza, but no such plans for Tall Oaks. Phase 2 of the Master Plan Special Study Task Force, which should begin later this year, will discuss what to do, if anything, with the areas around Reston’s village centers.

The shopping center owners could not be reached for comment.

What to do with Tall Oaks has been a lively local discussion recently. Visit our forum to add your opinion or offer it in the comments below this article.