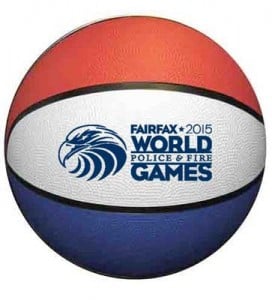 When more than 20,000 police officers and firefighters converge in Fairfax County for the 2015 World Police and Fire Games, many of them will be spending lot of time in Reston.

The Hyatt Regency Reston will serve as the Athletes Village for the competition, which will take place June 26 to July 5, 2015, said Fairfax 2015 President and CEO Bill Knight.

The World Police and Fire Games are held every other year. The 2013 Games were held in Belfast, Northern Ireland. The 2015 Games will feature competition in 61 sports.

At a briefing with the Reston Associaton Board of Directors last week, Knight said the Athletes Village is the location for registration, information, competitions, nightly entertainment and socializing with fellow athletes.

Games officials are counting on Metro’s Silver Line to be key to getting people to Reston. The Silver Line’s Phase 1, which will run from East Falls Church to Wiehle Avenue, is expected to open this year.

“Athletes can go to Reston Town Center every night and find something to do,” said Knight. He says about 2,000 athletes would be visiting Reston daily during the Games.

Reston will also be the venue for some of the sports competition, though details are still being finalized, said Knight. Weightlifting and Honor Guard competitions will be at the Hyatt. Officials are also looking into a Dodgeball competition held here, as well as the open water swim and a cycling event.

Meanwhile, delegates from the California Police Athletic Federation, the global parent organization of the World Police & Fire Games, will be in Fairfax County this week to tour facilities.

“Many elements of 2015 Games program remain in development, but we are pleased for the opportunity to show how far we’ve come and to reconfirm our plans,” Knight said.