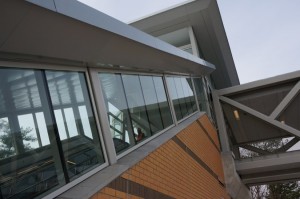 While there is still no firm opening date for Metro’s Silver Line, Wednesday’s declaration of substantial completion by Dulles Transit Partners moves the rail line one step closer to its first riders.

DTP submitted the project for approval yesterday, avoiding a deadline in which fines of $25,000 a day were about to begin. The contractor, part of Reston-based Bechtel Corporation, said it has reached “substantial completion” on the $2.7 billion Phase 1 of the project, which will bring rail from East Falls Church to Reston’s Wiehle Avenue.

This was the second time DTP said it had reached substantial completion, which states that the contractor’s construction portion is finished. It previously filed on Feb. 7, but during Metropolitan Washington Airports Authority’s review MWAA found issues in 7 of 12 areas, ranging from leaks to problems with the automatic train control system. Among the work done to make repairs in last few weeks: Speakers in all five stations had to be reinstalled and cables fixed in the Tysons tunnel.

“We have been working closely with DTP as they have addressed remaining outstanding items, and we will continue to work closely with them during this review and while they work on a variety of additional required tasks,” MWAA said in a statement.

“Substantial completion is an important step in the process of turning the project over to WMATA [Washington Metropolitan Area Transit Authority]. Another step will be ‘operational readiness,’ which WMATA will declare before starting their own testing and other processes. No date has been set for turning the project over to WMATA, and WMATA has not set an opening date for service.

If MWAA deems the problems are not repaired, then DTP would another indefinite repair period. However, the contractor has emphasized its intention that this week’s completion declaration would be final and correct.

If the project moves on to WMATA (Metro), there will be a maximum of 90 days for its own testing. Metro officials have previously said they hope it won’t need the full 90s days.

Officials had hoped to finish testing last September for a possible December opening. But delays were announced last summer, then again in November as DTP worked to fix the automatic tracking system. The latest issues pushed the opening back another eight weeks.

An optimistic prediction for first riders would now be June or July.

Reston development-watch group Reston 2020 is skeptical that the work is suddenly at “substantial completion” on the same day as the penalties would start.

“If ‘completed when it needs to be’ is the criterion, then Phase 1 was “substantially complete” when it was first scheduled to be last September,” Reston 2020 co-chair Terry Maynard wrote in a blog post.  “What kind of overlapping, dysfunctional, disorganized engineering process is this? … The problem now for the MWAA Silver Line Project Management team is that it is being squeezed on both sides–the contractor who wants to avoid fines that begin April 9 and MWAA’s Board which wants to avoid the perception MWAA has managed this project poorly.”