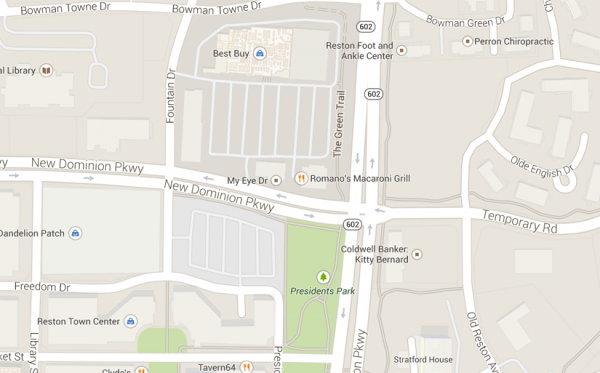 Plans are still in the works to turn Reston Town Center’s last remaining surface parking lot into a mixed-use development.

There has been little movement on the proposal since August, when developer Boston Properties filed plans to redevelop the six acre spot with a 21-story residential building with more than 500 units, up to 25,100 square feet of retail/restaurant uses and more than 275,00 square feet of office space.

However, a county staff report on the proposal is slated to be published in late May, and the Fairfax County Planning Commission will hold a public hearing on the development June 11.

Boston Properties purchased the site at Fountain Drive and New Dominion parkway in 2013 for a reported $27 million. At that time, Boston Property executives said they planned to change the zoning from office space to residential

Boston Properties owns much of the Town Center, including the newer portion south of Market Street, the Fountain Square buildings, and Block 16, where it recently constructed the Avant Apartments (and ground floor retail).

Nearly adjacent to the surface lot are the blocks-long planned redevelopment of the Spectrum, as well as a 23-story tower at 1760 Reston Parkway. The board of supervisors gave approval to both of those projects in 2013, but there has been no movement on them. The Spectrum project may not get underway for many more years, developers have said.