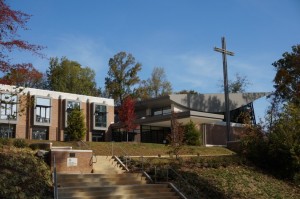 This Saturday, June 7, 8:30-10:30 a.m., Fairfax County will hold an Open House at the United Christian Parish church (11508 North Shore Drive) to explain the goals and process for Phase 2 of the Reston Master Plan (RMP).

Phase 2 covers suburban Reston, virtually all of it covered by the Reston Association Deed. It will address the future of our neighborhoods, our village centers (excluding Lake Anne), and other selected Reston areas (convenience centers, the business area just north of Baron Cameron Avenue, and more) not covered in the just-completed Phase 1, which replanned the Metrorail station areas.

We know little about what the county will do, even those of us who have been deeply involved in the Phase 1 process.  The County’s new process — “Fast Forward” — is designed to streamline updating of the County’s Comprehensive Plan, including Reston’s Master Plan.

In the version that is being used for RMP Phase 2, there will be no task force, charrette, or other efforts to join the community’s stakeholders — residences, businesses, landowners, and more — in a discussion about what the community should become.

Instead, we have been asked to submit comments–but only on specific development proposals, per County staff–before July 11 with only the information provided at the Open House this Saturday.  It is very important for Reston’s residents to turn out in force at this walk-through event–where County staff will discuss the plan’s goals and process.

We have also been told by the County staff that the essential goal of Phase 2 is to tighten existing language in the Master to protect Reston’s stable neighborhoods.  A second key objective is to develop conceptual plans for the re-development of each the community’s village centers except Lake Anne.

On the other hand, we have heard from well-informed sources that the redevelopment of Lake Anne Fellowship House may result in the eviction of some 100 or so low-income residents, in part so expensive high-rise residences can be built there.

Whatever shape a new plan takes, we anticipate that older garden apartment buildings between Baron Cameron Avenue on the north and Glade Drive on the south — where most of our community’s apartments are located — will be the first to re-develop.  This could begin happening within the next five years as the Silver Line is completed.

One apartment complex — JBG’s Fairways Apartments — has already obtained county approval to more than double its density, but it has not yet started that effort. Other apartment complexes with a single owner are likely to follow suit in the next few years.

Our uncertainty about the future of suburban Reston and those living here leads us to a series of questions about what the new RMP Phase 2 effort proposes and how it will proceed. The following paragraphs outline some of these questions.

1. How does the County define “stable neighborhood” in a way that is clear, unambiguous, operational, and balanced?

“Stable neighborhoods” are to be protected in the new Reston Master Plan, according to the community-wide Vision and Planning Principles developed during Phase 1, but there is no useful definition of what “stable” means. The clear implication is that a Reston neighborhood could be judged as “not stable” and subject to redevelopment.  What are the criteria for making such a judgment? Who makes that judgment?  What recourse do homeowners and others have to prevent (or advance) such a declaration?  None of this is spelled out.  In fact, the county-wide Comprehensive Plan does not define the term in its extensive glossary.   We need to have a clear, unambiguous, operational, and balanced definition of the term.

2. What plans does the County have to further raise Reston’s community density ceiling of 13 residents per acre?

An unusual feature of the County zoning ordinance governing Reston is that it provides for an overall community maximum density — the number of people per acre who may live here. Until a few years ago, this number was nine people per acre, but it was increased to 13 people per acre in 2008. That means some 81,000 people can live in the area of Reston.  The plan developed in Phase 1 for the station areas envisions some 55,000 people living there decades from now.

Overall, Reston now has a population of about 60,000. It is easy to anticipate that redevelopment in suburban Reston, the part covered in Phase 2, would add at least 10,000 residents as a result of mixed-use redevelopment of the village centers and the re-development of garden apartments into high-rise complexes.

3. How does the County plan to protect, expand, and enhance open space (parks and other green space, not parking, sidewalks, etc.) in Reston not belonging to RA in the redevelopment process to accommodate the thousands of additional residents?

Reston is known for its green space, most of it owned by the residents of Reston through the RA Deed, but there are hundreds of acres of privately held parkland, playgrounds, fields, etc., that abound in the clusters and complexes across Reston. Together, these are adequate to serve the Reston community, but there are no guarantees that the existing private green space will be protected — much less enhance or expanded — in suburban redevelopment to meet the requirements of a much more populous Reston. We need to keep our green space, including tree cover, in this process.

4. What will the County do to reduce, if not eliminate, the development flexibility allowed by Reston’s current “blob” zoning?

Yes, Restonians, your neighborhood is part of a zoning “blob.” There are three types of residential “blobs” within Reston:  low (4 residences per acre), medium (12 residences per acre), and high density (more dense), generally translating into single-family, townhouse, and apartment/condominium development.  And rather than being small areas governing a neighborhood, they are large swaths of land. By being larger, it enables greater flexibility within a “blob” to build a diverse range of housing.  It also, of course, would enable more intense redevelopment if the “blob” allocation of housing was not fully utilized.  It is important to constrain this zoning to protect our existing neighborhoods.

5. What opportunities will there be for Reston stakeholders to interact directly in the development of a new Reston Master Plan for the existing neighborhoods?

As we have suggested at the beginning of this piece, there appear to be no opportunities for landowners, residents, businesses, and others who are the stuff of Reston to discuss, negotiate, and resolve the multitude of issues that confront the re-development of suburban Reston.  The absence of a plan to develop something resembling a common view of suburban Reston’s future severely undermines the legitimacy of any new plan and quite possibly undercuts the vision, planning principles, and values Reston has nurtured for a half-century.

6. How will the new plan ensure that an adequate and appropriate public infrastructure is built concurrently, if not in advance, of any density-increasing redevelopment?

For example, the new Lake Anne redevelopment plan offers virtually no plans to improve traffic conditions, provide for adequate schools, ensure sufficient public parks and recreation, or protect the environmental qualities (stormwater, air pollution, etc.) that are essential for a healthy community. We know (as does the County) that the proffer system is totally inadequate to meet these needs.  We need processes and plans in RMP Phase 2 that assure Restonians that their quality of life will not deteriorate due to the absence of an adequate public infrastructure.

These are some top-level questions. There are dozens, if not hundreds, of additional questions each Restonian should ask about his or her neighborhood, village center, transit service, road improvements, school construction, etc.

The one and only chance you will have to do this face-to-face with County officials is at the Saturday, June 7, Open House at the United Christian Parish.

It’s your Reston.  Help make it a better community.