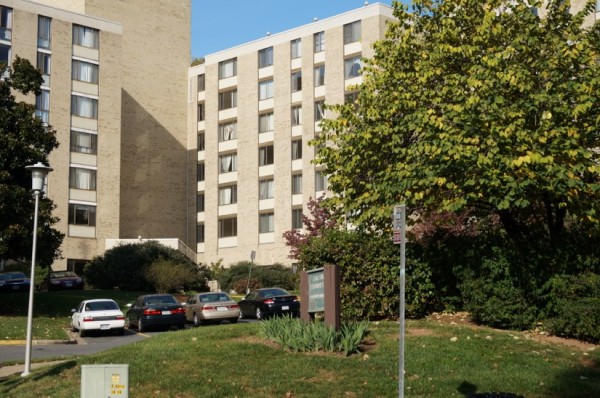 Lake Anne Fellowship House residents have been informed of Fellowship Square’s plans to build new housing on the site of the aging senior housing buildings.

“If all goes well as part of the county’s revitalization effort, we plan to build a new Lake Anne Fellowship building and have it up in around four to five years,” Fellowship Square Foundation president Charles Wortman wrote to residents on Dec. 4.

The nonprofit Fellowship Square, which operates senior housing at Lake Anne, Hunters Woods and several other Fairfax County locations, has been working with Cafritz Interests and discussing future plans with Reston planning and zoning and the Reston Association Design Review Board since last fall.

At Lake Anne, there are 240 units for the elderly and low-income located just across the street from Lake Anne Plaza, where significant redevelopment is also planned.

The Fellowship House redevelopment is planned in coordination with the overall Lake Anne revitalization, which will reconfigure and repurpose the area around the historic area as well as at the county-owned Crescent Apartments.  Republic Development’s redevelopment plan for Crescent and the rest of Lake Anne includes plans for about 1,000 new housing units (181 of them affordable to replace Crescent), parking and a revitalized retail district.

Currently, 114 of the 240 units are subsidized and the rest are at market rate, says Fellowship Square board member John Thillman. Fellowship House’s buildings were constructed in 1970 and ’74, and suffer from a variety of aging infrastructure issues. Among them: faulty heating and cooling systems, narrow hallways difficult for wheelchair users to navigate and difficulty getting up to Americans With Disability Act Standards. The two buildings have a 20-percent vacancy rate and are losing about $10,000 a month, Thillman said.

Thillman said he plans on filing a rezoning application with the county by early February. The plans will have to go through rezoning because Fellowship Square wants to increase the number of units on the parcel to 425. One hundred forty of the units would be affordable senior housing, which would actually provide more units than currently offered at Fellowship House. The rest would be offered at market rate, said Thillman.

Fellowship Square plans to build the new senior housing on the flat part of its land at North Shore Road and Village Road. After that building is constructed and seniors moved, then all-ages, market-rate luxury mid-rises will be built on the hill where the current Fellowship House buildings stand.

“A building on this lower part of our site would provide for easy access by our residents to the proposed redeveloped Lake Anne Plaza and shops, as well as to a new grocery store proposed on the opposite side of Village Drive,” says the letter to residents. “This is a tremendous opportunity for us to keep affordable elderly apartments at Lake Anne and to finally have new and accessible apartments for our residents.”

“The remainder of the site will be developed into market rate residential units which will generate the financial ability for FSF to build the new affordable elderly building,” the letter continues. “And, in addition to our own residents’ community spaces designed into our building, our elderly residents will also have access to the recreation facilities and parking within the market rate part of the development. The market rate buildings will finally give us the financial stability to continue our mission of providing affordable elderly/disabled housing both here at Lake Anne and elsewhere in the Fairfax County/Metropolitan area.”

Thillman says he has only heard from three residents expressing concern about the plans.

However, several things have to happen for the project to move forward, says Thillman. There are two different mortgage holders for the six-acre property: The Department of Housing and Urban Development for the west side and the Virginia Housing Development Authority for the eastern half.  Both will have to agree to consolidate and retitle, which could be a long — and possibly fruitless — process, says Thillman.

Redevelopment plans will also have to go through Fairfax County Planning, the Fairfax County Board of Supervisors and Reston Association’s Design Review Board.