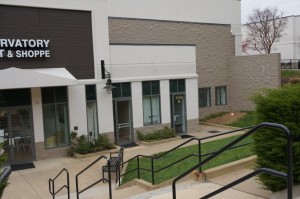 Advocacy group Reston 2020 says Reston village centers should be be planned in a compact manner to prevent creeping urbanism where it does not need to be.

Fairfax County planners have begun Phase 2 of the process to revise the Reston Master Plan for the areas around Reston’s Village Centers. Phase 1, which looked at the areas surrounding the future transit stations, was completed earlier this year.

In a paper titled “Ideas for Development of the Phase 2 Reston Master Plan,” Reston 2020 co chair Terry Maynard writes that “the village centers are important community gathering spaces that include a mix of locally serving retail, a residential component, and employment opportunities.”

“Redevelopment to augment and enhance the village centers will be pedestrian-oriented, should include a plaza as a central element and provide adequate transition to surrounding neighborhoods. Convenient  public transportation options should link the village centers and the transit stations,” the paper states.

The group says that only the core of the village center areas — the Central Mixed Use Areas (CMUA) — should be allowed to add low-rise dwelling units, above ground-level retail and other business. The new development should also taper withareas of trees and shrubbery, as well as ave no surface parking.

Reston 2020 also suggests that the convenience centers (smaller retail strips) be planned and zoned, “as built,” as should residential neighborhoods.

Fairfax County officials say the the current comprehensive plan, last updated in 1989, requires revision because Reston no longer has a master developer to update the plan for Reston; the plan for Reston has outdated elements; and with population expected to grow with the arrival of Metro this summer, Reston is evolving as a community.

The county is currently accepting feedback from citizens about Phase 2. A series of community meetings will be held this fall. The county hopes to have a plan framework early next year.