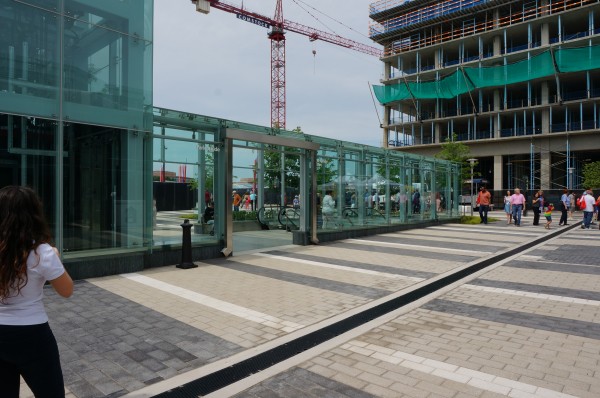 It’s been a 50-year journey from Virginia cow pasture to major regional business center and a place nearly 60,000 people call home. While the opening of rail in Reston is a momentous day, it also will spark an era of development and growth here.

We asked some high profile Restonians what the Silver Line means to Reston. Here is what they had to say.

Del. Ken Plum, Reston’s representative in Richmond for more than 30 years and a founder of the Dulles Corridor Rail Association:

When the milestones of Reston are  announced in the future, this will be a major milestone. The Silver Line connects us with the metropolitan region. It helps our workforce. It helps our community.

Now the key is how do you effectively use the stations? You need a feeder bus system. Fairfax County has been very good at putting that in place. You will also need rapid transit feeding the stations. Running the line is the first big step. Then you have got to move towards transit-oriented development. We’re doing that. Then we have to have alternative ways of moving people to the station. That’s when you really become a transit-oriented community.

My concern was would [rail] happen in my lifetime? I always thought when you look at where we are in the region, you would never build a road wide enough and have cars be the only source. 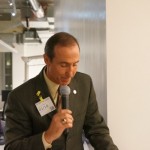 Mark Ingrao, President and CEO of the Greater Reston Chamber of Commerce:

We are actually getting a lot of calls [from businesses looking to relocate to Reston]. We [the chamber] are actually looking for space closer to the Metro station. I get calls regularly from folks in Arlington, Maryland, DC. They want to come here. Rental rates here are much cheaper than inside the Beltway. You can come here, be located on the rail line, be able to get into the District if you need to, and still have a much cheaper rental rate for your property. 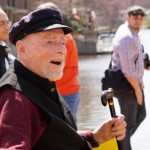 Reston founder Robert E. Simon. The 100-year-old plans to be one of the first Silver Line riders:

Am I excited? You betcha! Back in 1966, I was negotiating for light rail. That’s almost 50 years.

As you know, we still have to get out to airport. And for Reston itself: the [Reston Master Plan Special Study Task Force]  spent four or five years planning and did not get very far. I think that so long as we get the Town Center North developed the way I hope, with a theater and a library, and get the so-called village centers made into village centers. I would like to see the village centers look like Lake Anne, with plazas surrounded by density. Density IS coming to Lake Anne now. It was planned that way. The NIMBYs prevented it from happening. 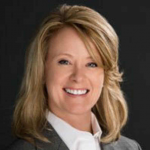 Metro opening here is huge. It is finally nice to be able to go from your home all way to station walking or by bike and go into DC if you are working or visit museums. I can’t wait until it goes all the way to the airport. It is really going to be a huge convenience for the community.

People in the community are very determined. We have some fantastic political leaders [who helped rail happen]. I knew it was going to happen. It was just a matter of time and money and the partnerships.

RA’s work is really just starting. We really need to help the state and the county with the multimodal transportation piece. We want to work closely with the county to make sure all the access points to Metro are available to the community. Even if a path point is not ours, we want to work hand-in-hand with county in making them as accessible as possible. 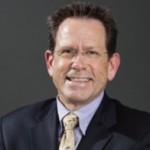 I came to Reston in 1987. I didn’t think Metro was going to be here, but I wanted it to be here. It is great for the community. A lot of new residents are coming here, but I think we also have a lot of new business opportunities. People will have an opportunity to really live and work out here. I think it puts Reston on the mark as being rather unique that way.

We have a lot of work to do.  This is just the first of a long process. It is going to be at its best when it is finished beyond Dulles. 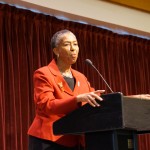 Today is the culmination of many years of planning and implementing one the largest infrastructure projects in Fairfax County. It is the beginning of a new Dulles Corridor and more economic growth for Fairfax County.