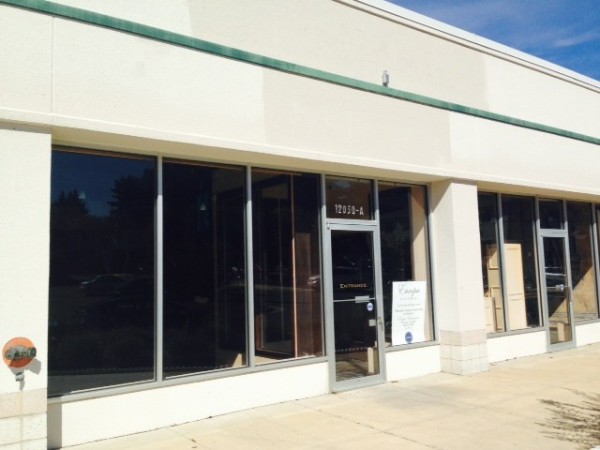 El Manantial Restaurant has cleared out its space and moved to 790 Station St. in Herndon, where it will reopen as “Europa.”

El Manantial owner Humberto Fuentes told Reston Now last spring that he would be closing in the next few months. The high-end Mediterranean restaurant, a 2003 Washingtonian Top 100 restaurant pick, had been a mainstay at Tall Oaks for 11 years.

Fuentes said he signed a five-year lease, rather than a 10-year lease, in 2009, knowing that Tall Oaks had lost much of its vibrancy.

“I realized this center is not going to get any better,” he said last March. “I want to operate in a better location.”

Fuentes will also rename the restaurant Europa, which better describes the menu, he said.

The departure of the popular restaurant is one of many businesses to recently close at Tall Oaks.

The stand-alone Burger King and the 25,000-square-foot anchor space have been empty for years. Curves gym, Total Care Chiropractic and Dominos Pizza have also closed in the last 18 months and no new tenants have taken their place.

Tall Oaks is just up Wiehle Avenue from the Wiehle-Reston East Metro station, but there are no current plans to rezone or redevelop the site.