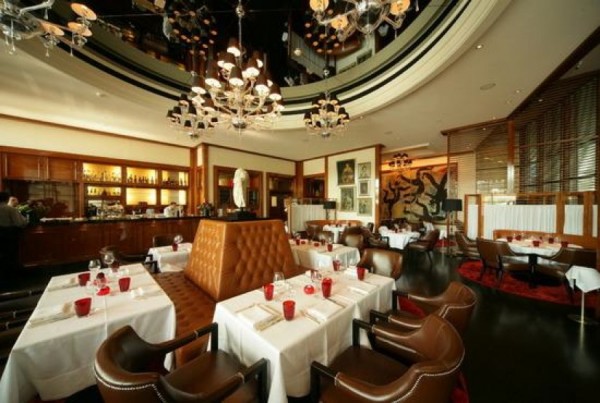 El Manantial Restaurant will close at Tall Oaks in the next few months and reopen in Old Town Herndon, the restaurant’s owner says.

El Manantial, a high-end Mediterranean restaurant, has been a mainstay at Tall Oaks for 11 years, even as other stores closed, leaving more vacancies at the center than occupied spaces. Owner Humberto Fuentes said he signed a five-year lease, rather than a 10-year lease, in 2009, knowing that Tall Oaks had lost much of its vibrancy.

That lease is up in July. More than half the Tall Oaks space is now vacant, including the anchor grocery store space.

“I realized this center is not going to get any better,” he said. “I want to operate in a better location.”

Fuentes will also rename the restaurant Europa, which better describes the menu, he said.

The departure of the popular restaurant is one of many businesses to close at Tall Oaks recently. Earlier this month, Total Rehab Chiropractic moved from Tall Oaks to 1760 Reston Parkway.

The stand-alone Burger King and the 25,000-square-foot anchor space have been empty for years. Curves gym and Dominos Pizza have also closed in the last 18 months and no new tenants have taken their place.

Tall Oaks is just up Wiehle Avenue from the Wiehle-Reston East Metro station set to open this year, but there are no current plans to rezone or redevelop the site.

What does the future hold for Tall Oaks Village Center? Join in the conversation on our forums page or in the comments below.