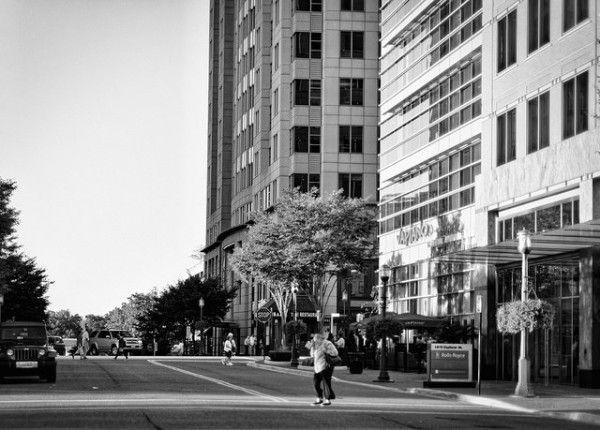 Celebrating Many Cultures — Thousands flocked to Lake Anne Plaza Saturday for the annual Reston Multicultural Festival on Saturday. Modern Reston captured all the action in some great photos. [Modern Reston]

Reston’s Transit Neighborhoods — Several development representatives were on hand for the Reston Historic Trust’s panel discussion on the future of the Reston Station area. Couldn’t make it in person? The whole thing is on video for you to enjoy. [You Tube]

Supervisors Seek to Serve Aging Population — The Fairfax County Board of Supervisors has outlined plans to better serve the county’s 50-and-over population. The supervisors say the number of residents over 70 will increase by 88 percent by 2030. [Fairfax Times]

Photo of Reston Town Center by Brendan Ross via Flickr