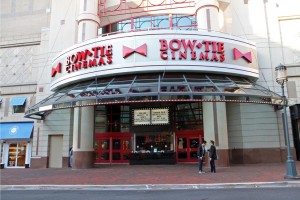 The Washington West Film Festival — which screens films with the theme “Story Can Change the World” returns to Reston and other area locations later this week.

This is the fourth annual Washington West Film Festival, which was founded by Dulles Community Church Pastor and area resident Brad Russell.

One hundred percent of the net proceeds of the film festival are donated to nonprofits benefitting children in poverty. This year’s charity is One Voice.

Here is what you need to know about some of the festival highlights:

The Feature Narrative film headliner is Revenge of the Green Dragons, produced by acclaimed filmmaker Martin Scorsese. The film recently premiered at the 2014 Toronto Film Festival. The movie, based on a true story, is about two brothers who immigrate to New York in the 1980s.  The film will screen Friday at 7:30 p.m. at Bow Tie Cinemas Reston. Click here for ticket information.

The Documentary film Generosity of Eye, directed by Brad Hall and starring Julia Louis-Dreyfus, will be the closing night feature on Sunday. Both Hall and wife Louis-Dreyfus have been supporters of the festival. They aired the short film Picture Paris, and participated in an audience Q-and-A, in 2012. The movie is about the vast art collection of Louis-Dreyfus’ father, William, who sells the collection to create an endowment for the Harlem Children’s Zone. Click here for ticket information.

There will also be a festival kickoff party Wednesday at 7:30 p.m. at The Hamilton in Washington D.C. Los Angeles recording artist Sara Niemietz and  Walden (The West Wing, Nashville, Wonder Years, Under The Dome), will perform and set the tone for the week of celebrating the power of story at the festival.

More than a dozen other films will be screened in Reston and at the Angelika Film Center in Merrifield. See the entire film lineup on the Washington West Film Festival website.