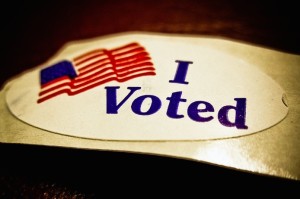 Election canvassers from both parties have been combing through Fairfax County voter records all day Wednesday, where they found one issue so far: a problem with the tally in the Cameron Glen precinct, which led to a more than 100-vote flip in Republican candidate Ed Gillespie’s favor, said Brian Schoeneman, Secretary of the Fairfax County Electoral Board.

The original Cameron Glen tally was Gillespie 514, Mark Warner 770 and Libertarian Robert Sarvis,29. Schoeneman said there was a counting error, and Warner’s total should have been 660.

Officials are counting the votes because the election for U.S. Senate is still so close. At last count, incumbent Democrat Warner had 49.10 percent and challenger Ed Gillespie had 48.37 percent.

Still, Warner made a victory speech at his campaign headquarters late Tuesday.

“I want to congratulate Ed Gillespie,” Warner said. “He ran a hard fought campaign. I’ve known what its meant to come up a little bit short against a Warner a few years back. But I wish him and I wish his family well. I know he will stay involved in Virginia and national politics.”

The canvass is expected to go on until Friday.

Gillespie, the former Republican National Committee Chair, has not conceded the race.

“It’s a testament to our volunteers and their incredible efforts that we were outspent two-to-one and yet the most recent unofficial tally has us separated by less than a percentage point out of more than 2 million votes cast,” Gillespie said in a statement. “Now we owe it to the voters of Virginia to respect the canvassing process that is underway to get an official result. We will be watching the results closely so that we can ensure Virginians have confidence in the accuracy of the results.

“It was an honor to run, and I will respect the decision reached by Virginia’s voters.”

A recount could happen if the trailing candidate requests it. If the margin of votes is less than half a percent of the total vote, the candidate can appeal to the State Board of Elections to request a recount, which the government will finance. If the margin is greater than 0.5 percent but less than one percent of total vote, the candidate may also request a recount, but has to pay for himself.