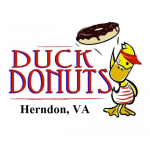 If the highlight of your annual trip to the Outer Banks involves a stop or two at Duck Donuts, then you will like this retail news.

Duck Donuts will open a store at BB& T Bank Center at Elden Street and Herndon Parkway (near the Bagel Cafe) this spring, according to the company’s Facebook page.

Recently, it has been offering franchise opportunities, and Virginia outposts are planned for next year in Williamsburg, Charlottesville, Virginia Beach, as well as Herndon.

The Herndon store put up a new Facebook page on Tuesday and got several hundred likes within a few hours. Follow them to keep up with store opening details.

END_OF_DOCUMENT_TOKEN_TO_BE_REPLACED

More Stories
Pets Can Pay a Visit to Santa at Lake Anne on SaturdayLake Anne, Crescent Ready For Next Steps in Early 2015